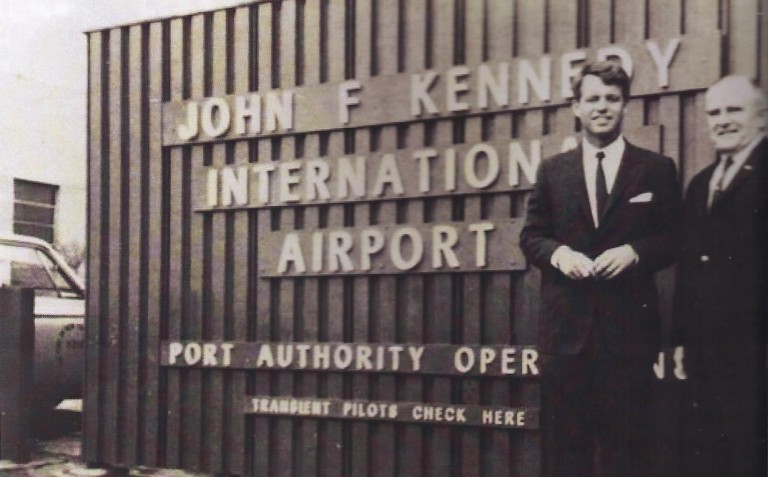 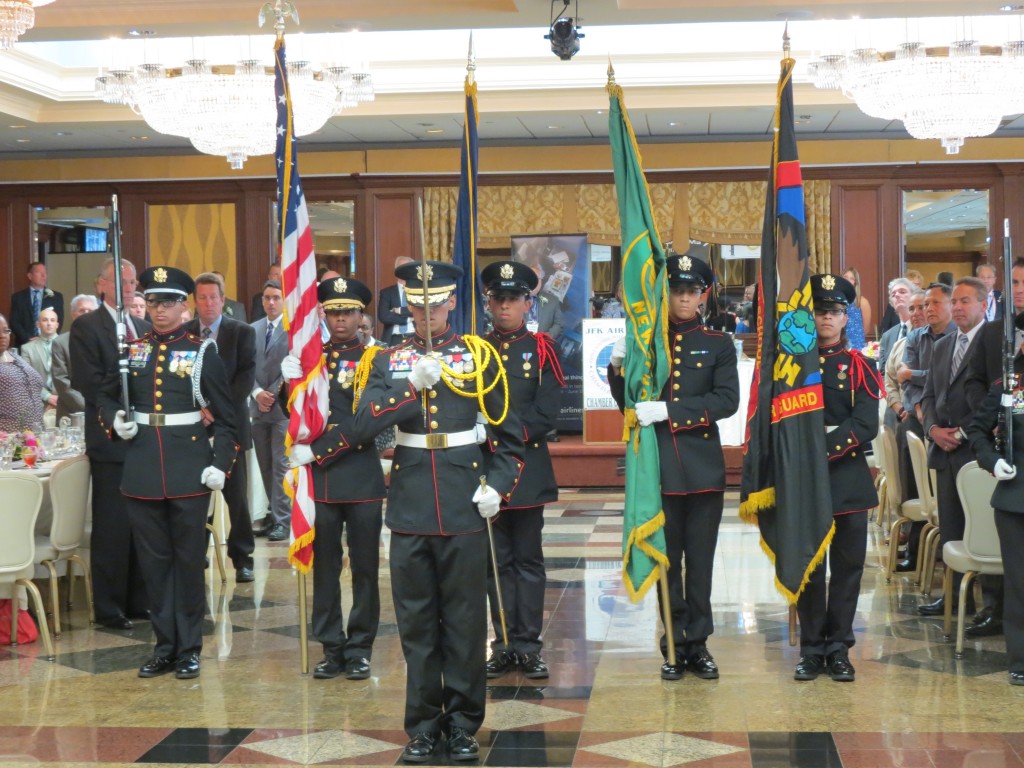 More than 500 people packed into Russo’s on the Bay in Howard Beach on Tuesday to mark the 50th anniversary of the naming of John F. Kennedy International Airport, as well as to celebrate the facility reaching 50 million annual travelers this year. 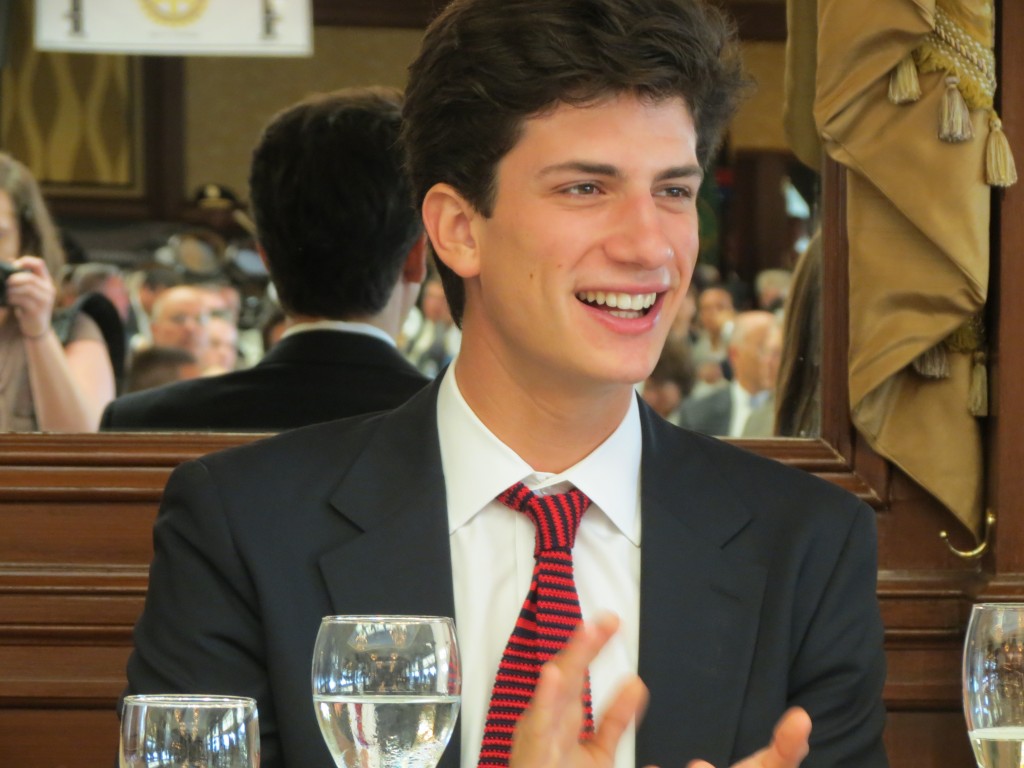 The JFK International Airport Chamber of Commerce sponsored the event, which was attended by John “Jack” Schlossberg, President John F. Kennedy’s only grandson, Chamber President Robert Caton, and David Neeleman – the founder of JetBlue who is credited with building five airlines.

“Airports in general don’t get the notoriety that they should,” Caton said. “For New York, it’s a big driver of commerce. It’s the first perception people from around the world get of New York – the airport. We want to acknowledge its role in making sure business flourishes in the New York area.”

Construction began on what was once known as Idlewild Airport in 1942, and the initial plans called for only 1,000 acres to relieve the overcrowded LaGuardia Airport. However, it grew to five times that size by the time the facility was completed.

The airport was rededicated to honor Kennedy on Dec. 24, 1963, in memory of the nation’s 35th president, who was assassinated one month prior.

Chamber members said the airport has grown by leaps and bounds over the past five decades and has become the 13th busiest airport in the world. In 2012, JFK International handled 49,292,733 passengers – and more than 50 million people are expected to travel through the airport this year. 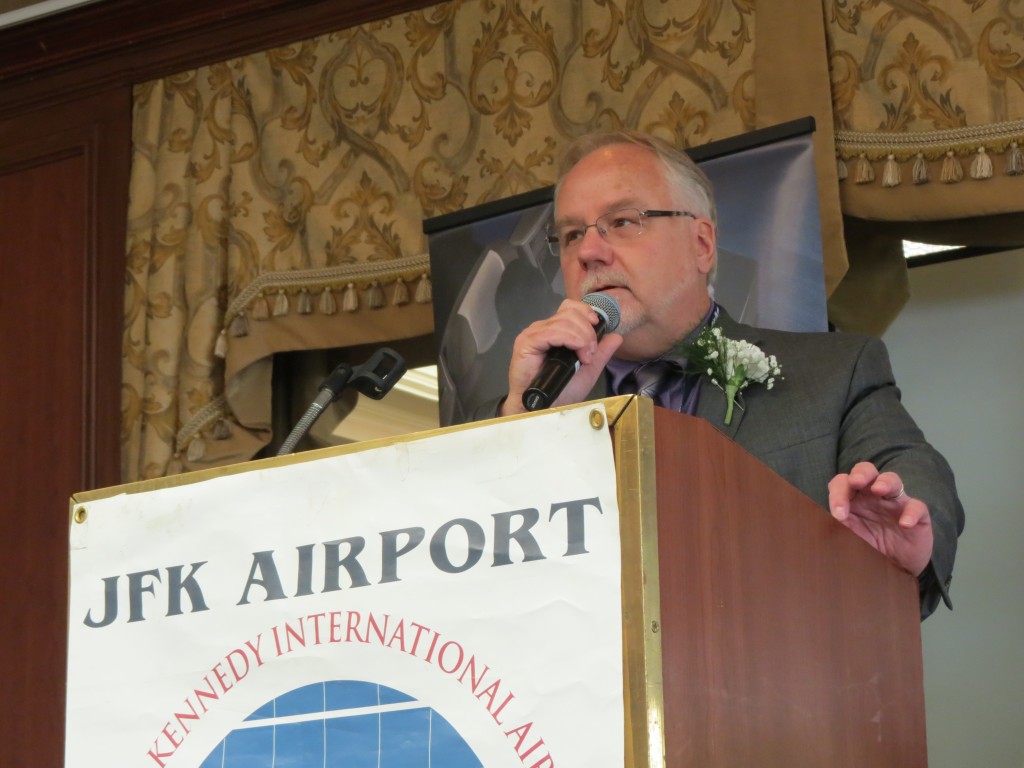 JFK International Airport Chamber of Commerce President Robert Caton said in addition to marking the anniversary, he said it was a milestone that the airport expects to draw more than 50 million people through its gates this year.

Mayor Bloomberg noted in a proclamation he issued for the airport’s anniversary that it employs about 35,000 people and generates $30 billion in economic activity each year.

“For a president who spoke eloquently of the imperatives and opportunities of cooperation across national borders, renaming a travel hub serving the world’s most international city was a fitting tribute,” Bloomberg said in the proclamation.

Frank Festa, the past president of the chamber who has worked at the airport for 52 years, said the celebration Tuesday is also representative of a bright future for the facility.

“It’s really something special,” said Festa, previously the chief of U.S. Customs at JFK. “The airport has changed a lot. Fifty years – and 50 million passengers – is a big milestone.”

Tuesday’s ceremony included the Color Guard from Long Island City’s Aviation High School, and attendees each received a commemorative book with photos of everything from John F. Kennedy’s brother, Robert Kennedy, attending the airport’s renaming to the Beatles landing at JFK in 1964. 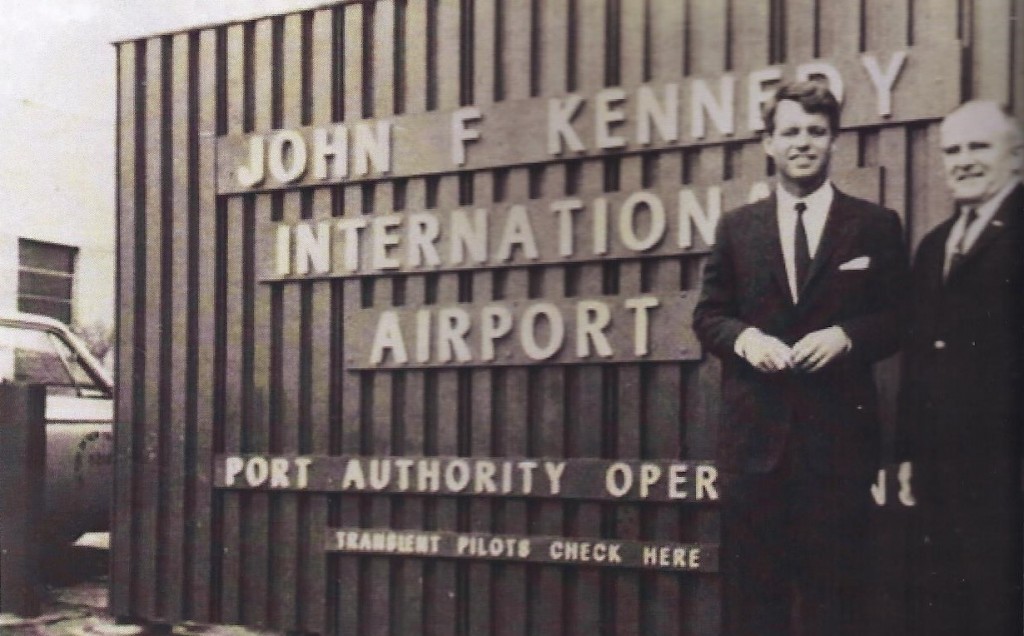 Robert F. Kennedy stands in front of the airport newly renamed for his brother, President John F. Kennedy, a month after the nation’s leader was assassinated in 1963. Photo Courtesy JFK International Airport Chamber of Commerce