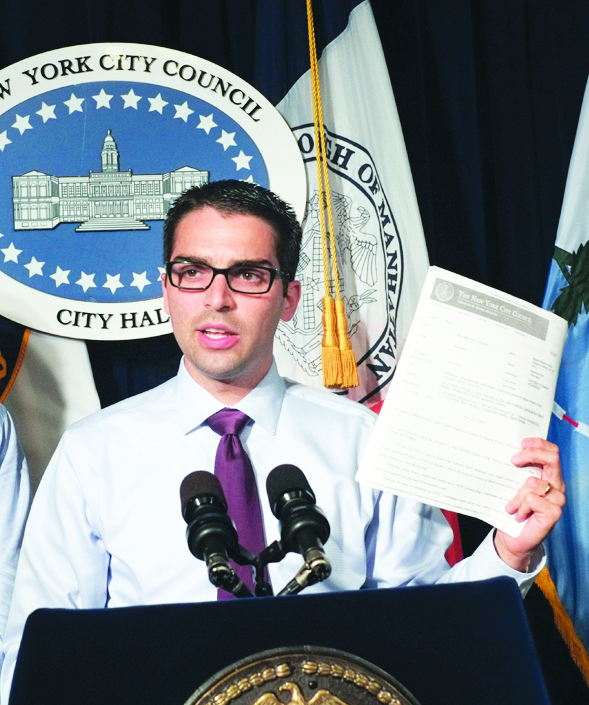 Three major police unions threw their support behind Councilman Eric Ulrich’s re-election campaign this week, saying on the steps of City Hall that the incumbent has been a staunch defender of New York’s bravest.

“I am truly honored to receive the endorsement of the New York City police unions,” Ulrich said. “Contrary to the professional police critics, I have always believed that Commissioner Ray Kelly and the men and women of the NYPD do an outstanding job. I fully support them and want them to have the tools they need, including stop-and-frisk, to fight crime and keep our neighborhoods safe.”