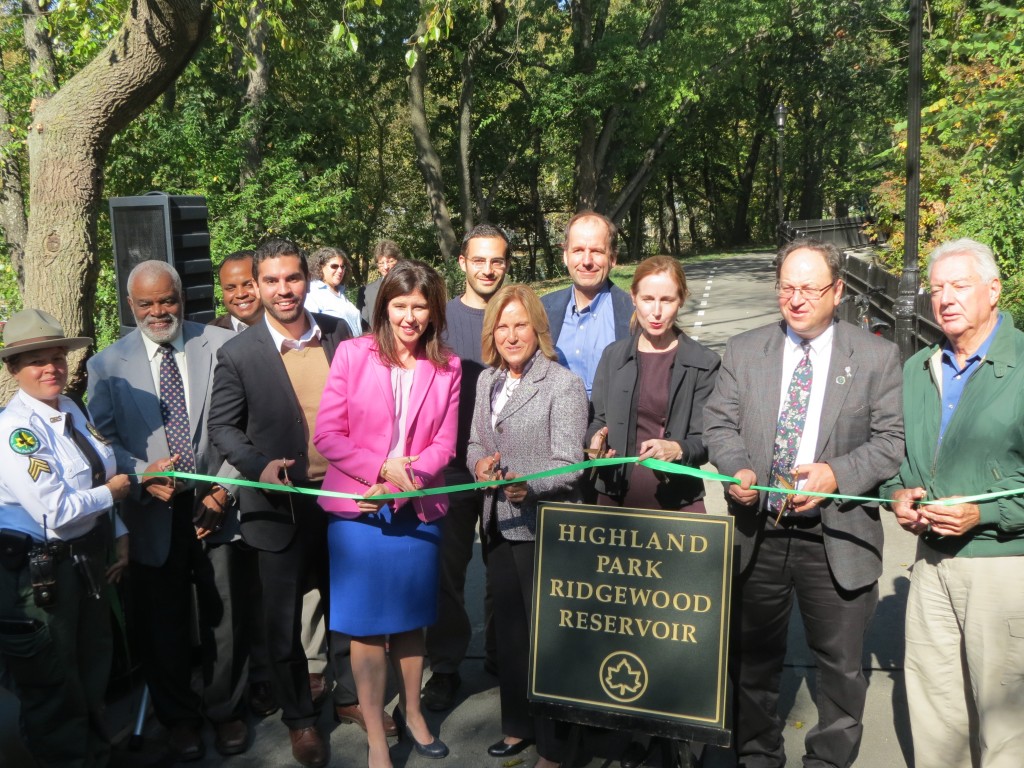 The $6.92 million project included the restoration of pathways and new lighting.

For civic leaders and city officials, Tuesday’s ribbon cutting on a project improving access to Highland Park’s Ridgewood Reservoir marks the beginning of what they said will result in nature-lovers from throughout the city flocking to the decommissioned 19th century reservoir that once provided drinking water for Brooklyn.

“It took us a long time for us to get where we are today, but now we have a beautiful place here for everyone to enjoy,” Queens Borough Parks Commissioner Dorothy Lewandowski said at the ribbon cutting ceremony for a $6.92 million project that included new lighting, restored pathways, wheelchair-accessible entry points, and new fencing at the reservoir that is located alongside the Jackie Robinson Parkway on the border of Queens and Brooklyn.

Mayor Bloomberg allocated the funding in his PlaNYC 2030 program to renovate the reservoir, situated on a ridge formed by the Wisconsin ice sheet’s terminal moraine, which created views from the spot of everything from Woodhaven to the Rockaways and the Atlantic Ocean. 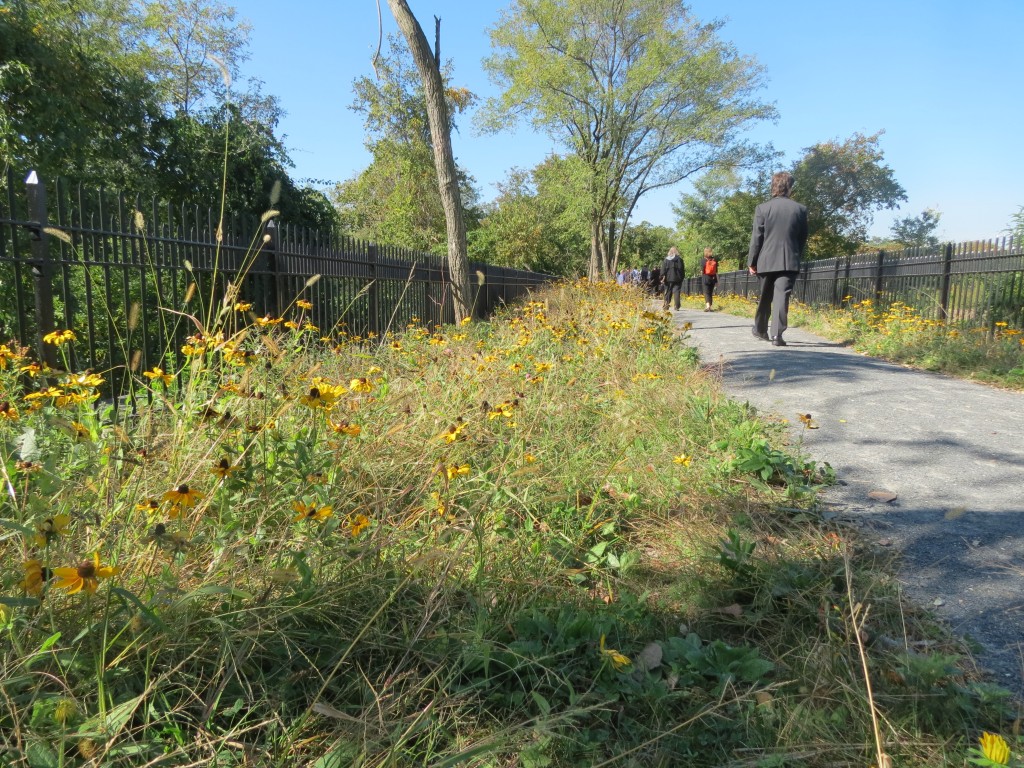 “Only eight parks in the city were part of PlaNYC, and Highland Park was one of them,” said city Parks Commissioner Veronica White. “We know how special this place is to the community.”

The 62-acre three-basin reservoir provided water for Brooklyn residents from 1858 to 1959 and has reverted to wetlands, meadows and forests after being decommissioned in 1990.

The area has become home to a unique ecosystem and falls along the Atlantic Flyway, a coastal migratory route for birds. The reservoir is home to more than 100 species of birds, those attending Tuesday’s celebration noted.

“Ridgewood Reservoir is like no other place in the city,” Councilwoman Elizabeth Crowley (D-Middle Village) said. “… For as long as I can remember, this area was not accessible like it is today.”

The $6.92 million project is known as Phase 1 of the improvements slated to be made at Highland Park, and the city has created three potential plans for the future of the reservoir. However, the plans currently have no funding, and civic leaders said it could be a quarter of a century until all the improvements area residents would like to see actually happen.

The plans presented by the Parks Department over the summer vary in scope, including creating an environmental educational center, building a pedestrian bridge and restoring habitat, creating a tree canopy walk and boat dock access, and building a water-themed playground for children. Civic leaders have said they are most in favor of passive recreation at the reservoir and would, for example, likely be opposed to something like ball fields or the playground.

“We’re looking for money for the eco center,” Community Board 5 Chairman Vincent Arcuri said of an educational center that area leaders said could work with area school children, as well as other interested individuals. “We think we can find money for that.”

Saying he is “very happy it’s being preserved,” CB 5 District Manager Gary Giordano also mentioned the community hopes the city will implement traffic-calming measures around the park. Drivers frequently speed along Vermont Place, where there is an entry point to the reservoir’s new pathway.

“Hopefully we can get an all-way stop or a signal by the steps to the reservoir,” Giordano said.

The district manager also stressed that whatever the city ultimately ends up doing at the green space, it should focus on passive recreation.

“In my opinion, less is more,” Giordano said. “Most of us prefer the least intrusive option. We’re not looking for ball fields.”