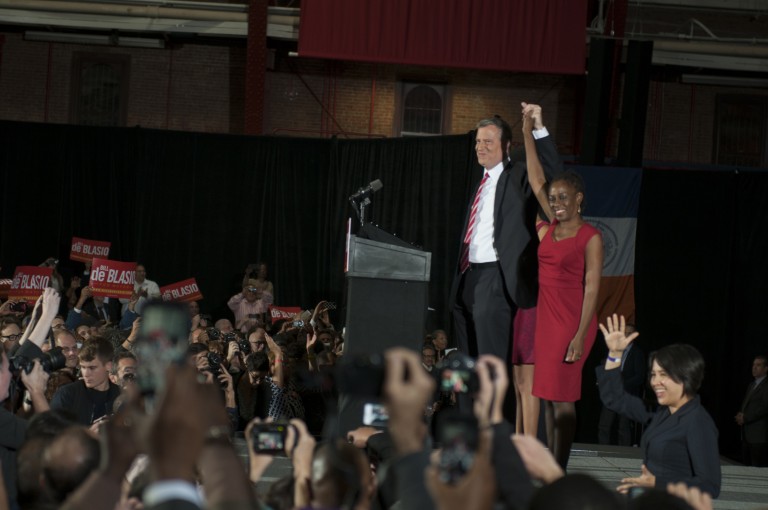 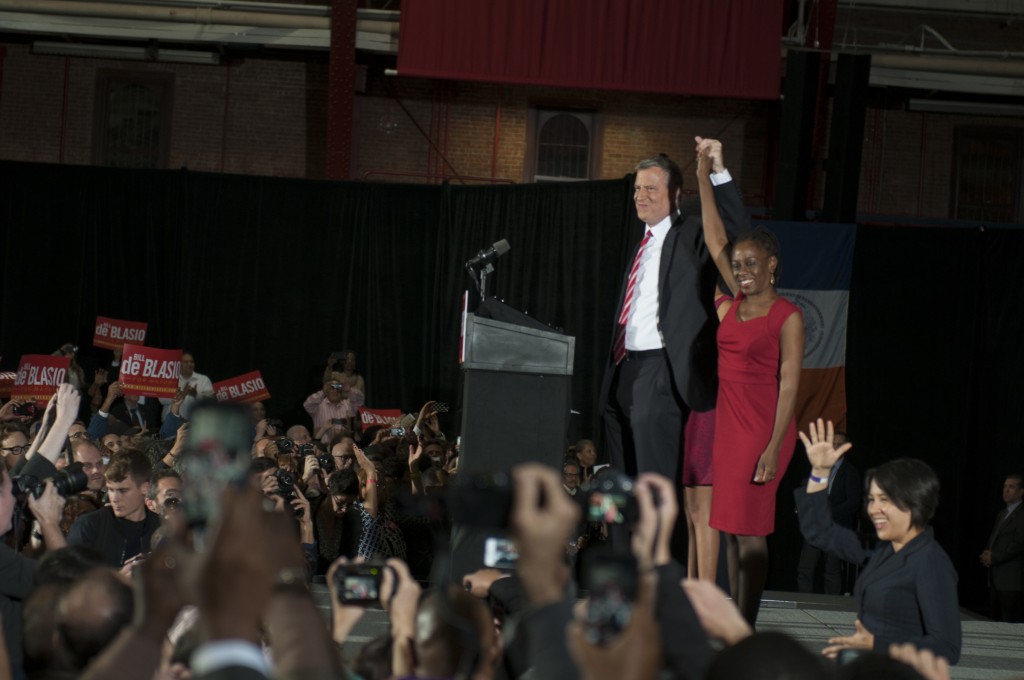 Queens legislators and civic leaders said they believe they will work well with the incoming de Blasio administration. File Photo

With the general election now in the rearview mirror and Mayor-elect Bill de Blasio poised to become the city’s first Democratic mayor in more than 20 years, Queens politicians and community members are registering their thoughts on what the new administration might mean for the borough.

De Blasio, a Brooklyn native who defeated Republican Joe Lhota in a landslide win with 73 percent of the vote in last week’s mayoral election, served as the city’s public advocate since 2010.

And, from 2001 to 2009, he represented Brooklyn’s 39th Council District, which includes Borough Park, Carroll Gardens, and de Blasio’s home neighborhood of Park Slope.

Melinda Katz, who will assume the office of Queens’ borough president in January, is well acquainted with the incoming mayor, having served alongside de Blasio in the city council from 2002 to 2009.

Katz spoke of de Blasio as someone who knows Queens.

“I have found that Bill doesn’t need a GPS to get to Queens, he knows exactly where we are and what we need,” Katz said.

She pointed out that as the city’s public advocate, de Blasio conducted studies about the outer boroughs and the inequalities that existed regarding the treatment of small businesses.

“The main thing about Bill is his keen awareness that there should be more services in the other boroughs when it comes to tourism and business,” Katz noted, adding that his attitude toward the outer boroughs in general is one of concern.

In speaking about a planned initiative to help spur business activity in the borough, Katz expressed optimism that the new administration will be supportive.

“I plan on undertaking a very large effort to promote tourism in Queens and let people know that if they come to NYC, they have to stop in Queens,” Katz said.  “I think Mayor de Blasio will be very helpful with this effort.”

“Finally, we’ll have a mayor that will listen to the concerns of residents in southern Queens and Rockaway,” Goldfeder said, adding that de Blasio will be a “breath of fresh air and unlike Bloomberg, he will put the best interest of our communities first.”

Goldfeder was not alone in his eagerness to usher in a new administration.

Dmytro Fedkowskyj, Queens Borough President Helen Marshall’s appointee on the Panel for Educational Policy for the past five and a half years, gave Mayor Bloomberg a less-than-glowing report card regarding his educational policies.

“It’s been 12 years under the same mayor who has had control of our schools and I believe it’s about time for change and new vision for our public schools,” Fedkowskyj said. “Some things worked, but others were met with opposition that divided community supports to make them work.”

He also offered his hopes for how things will work with the change in administrations.

“A change in vision that will hopefully include the collaboration of parents and community leaders so that our school communities can get what they want and need and not some forced agenda without consultation.”

Among the educational recommendations made by Fedkowskyj include full funding of the borough’s capital plan, a greater focus on college readiness at the high school level and a return to the “Chancellors District,” where struggling schools are assigned stronger supports with dedicated staff.

“At the end of the day, it will take a partnership effort to improve the quality of education in NYC, not divisive plans such as phase-outs and overcrowded co-location proposals,” he said.

Alexander Blenkinsopp, a spokesman for the Woodhaven Residents’ Block Association (WRBA), was pleased to welcome Mayor-elect de Blasio, mainly based on his past support for the local community.

As evidence, Blenkinsopp pointed to a report de Blasio’s office authored which argued that shuttering Engine 294, Woodhaven’s fire company that had been perennially slated for closure by the Bloomberg Administration, would be a grave mistake.

“It was important to receive support from a citywide official on a life-and-death matter like this one,” Blenkinsopp said.

He also explained that the WRBA saw de Blasio’s support following complaints about the city Department of Sanitation’s practice of issuing tickets to storefronts for trash dumped on their property in the wee hours of the morning, when the business owners had no chance to clean the trash before being issued the tickets, which were also written in the early morning hours.

“De Blasio heard our complaints and promptly wrote a letter to Sanitation, asking them to change their policies,” Blenkinsopp said. “It was encouraging to know someone was listening to us.”

Blenkinsopp echoed a sentiment also expressed by Katz, that de Blasio had “established a track record of looking out for communities beyond Manhattan.”

“I wasn’t too impressed with de Blasio’s campaign,” Holden said, pointing out that de Blasio never attended several town hall meetings he was invited to speak at while his opponent Joe Lhota made two appearances in Middle Village.

Holden, while pointing out that most of the city’s poorer neighborhoods voted for de Blasio, said that he disagrees with de Blasio’s opposition on the city’s controversial stop and frisk policy.    Holden, a supporter of the policy, said “Stop and frisk is effective at getting guns off the streets, we know this. I know that de Blasio isn’t a supporter.”

But, Holden also said he’s willing to give the new mayor a fair chance and simply hope for the best.

Others who supported Lhota, including Councilman Eric Ulrich (R-Ozone Park), said they are optimistic they will be able to work with the de Blasio administration.

“I know I can pick up the phone and get them on the line, and they’ll be responsive,” Ulrich said of both de Blasio and Katz. “