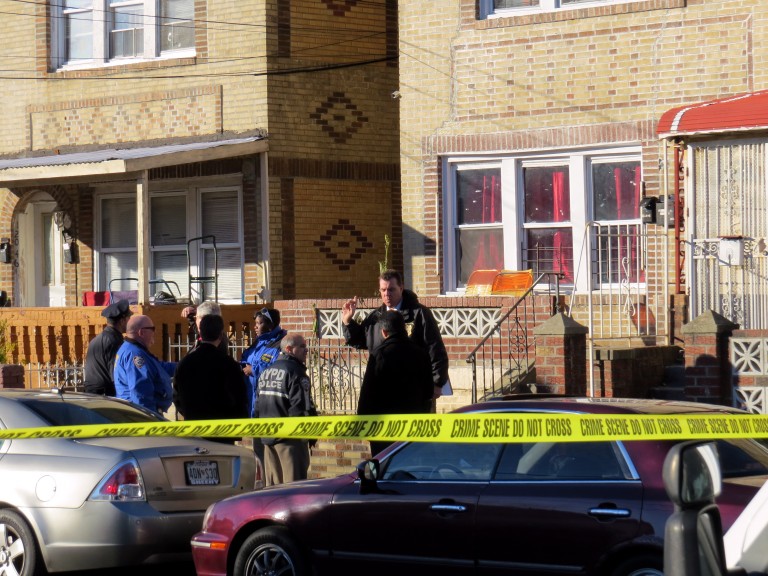 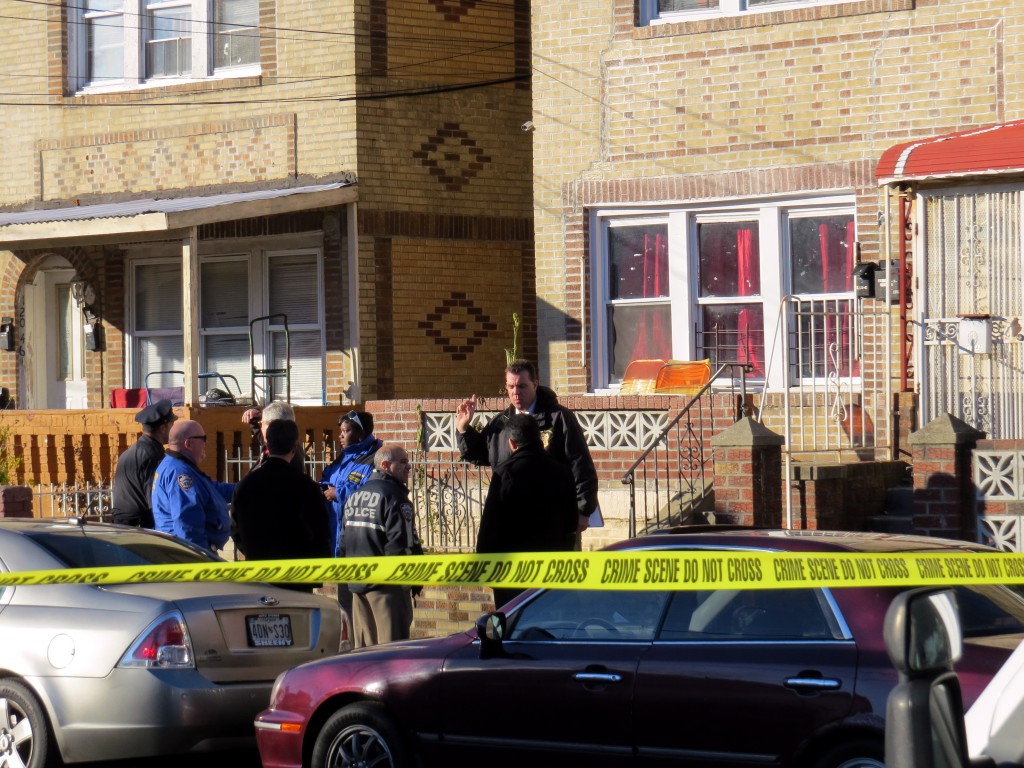 Police made a grizzly discovery inside a South Ozone Park home around 5 a.m. on Tuesday morning when where they found the body of a man tied up and apparently dead from blunt force trauma wounds caused by being beaten with a brick about the head.

The victim remains unidentified as of yet and was found in the basement apartment of a house at 120-46 131 Street.

In addition to the head trauma, he had been tied up and stabbed multiple times

Detectives investigate a homicide at in the Ozone Park section of Queens where a male was found tied up and beaten and stabbed to death in an apartment at the home.