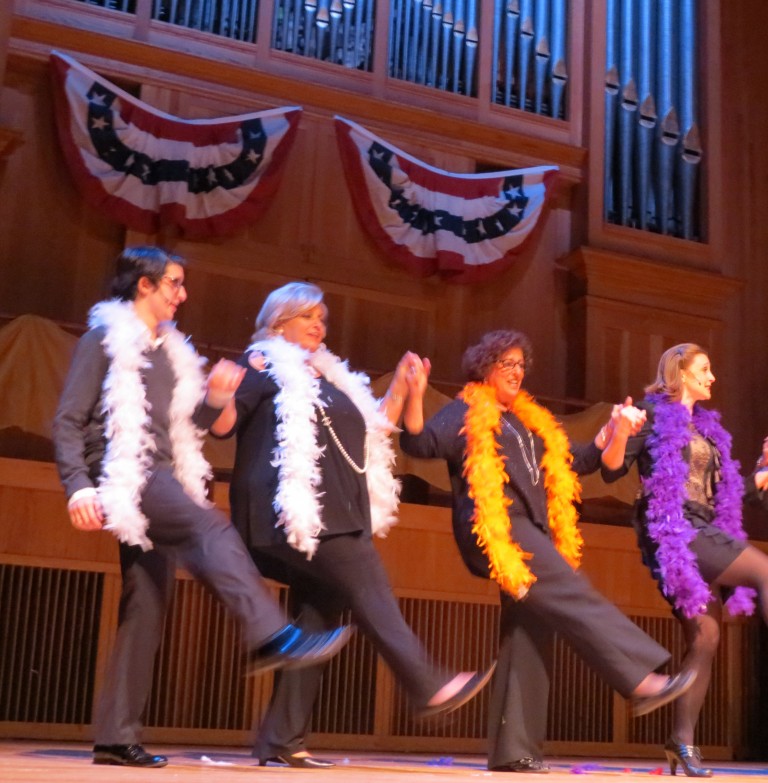 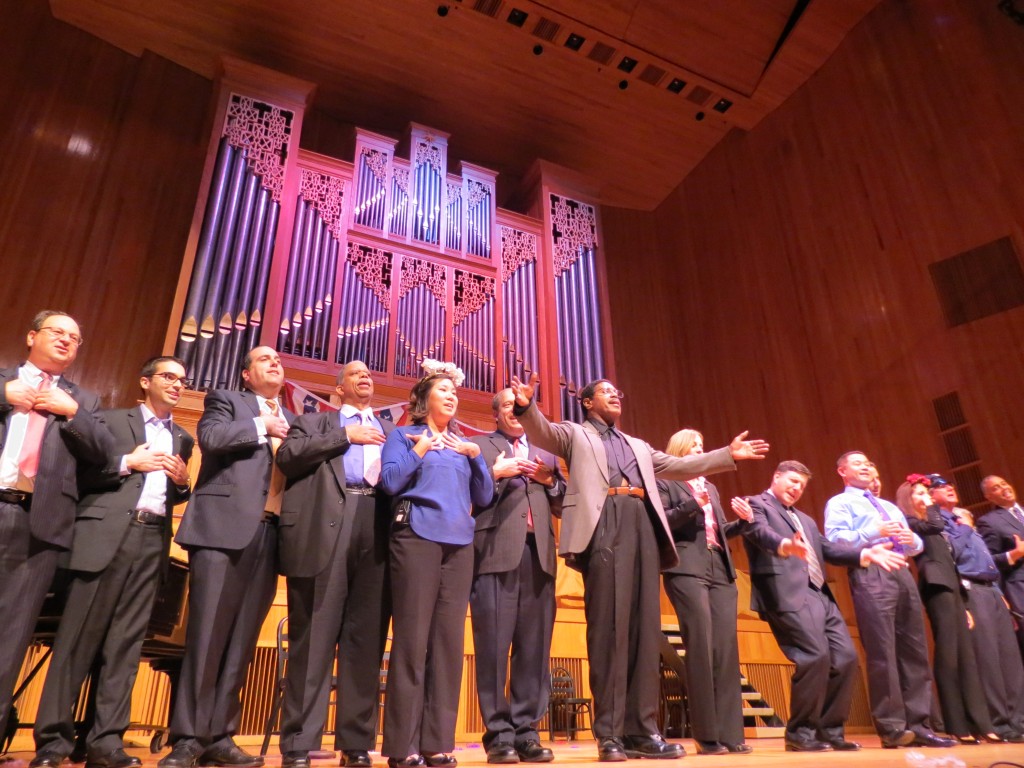 Legislators from throughout the borough came together for an evening of song, dance and comedy to raise money for two Queens College programs benefiting Queens’ underserved populations, including homeless children and domestic violence victims. Anna Gustafson/The Forum Newsgroup

Legislators from throughout Queens landed many a laugh in the “Legislative Acts” satirical revue at Queens College Saturday night that included everything from politicians poking fun at de Blasio – and each other, Assemblyman Michael DenDekker stopping and frisking colleagues, Comptroller John Liu zipping around the stage on a skateboard, and former Borough President Claire Shulman and former Council Speaker Peter Vallone Sr. dressing up as Wonder Woman and Superman.

Directed by Queens College’s Kevin Free and produced by Jeffrey Rosenstock, the show’s actors and actresses performed parodies of Broadway songs, classic movies, and well-known television series – all of which were painted with a Queens flair.

Katz, for example, belted out a Queensified version of “On My Own” from Les Miserables after a scene in which she asks for advice from outgoing Borough President Helen Marshall and the first female borough president in Queens, Claire Shulman.

“All I see is Queens and me, forever and forever,” Katz sang as the audience erupted into laughter.

A gold suit jacket-wearing Goldfeder, Pheffer and Pheffer’s husband, Glenn Riddell, meanwhile, elicited much knee-slapping when they acted out a spoof of the James Bond “Goldfinger” movie; Liu asked “whoever thought Bill [de Blasio] would win ‘til Primary Day” while singing a version of the Beatles’ “Ticket to Ride;” and Council members Leroy Comrie and Karen Koslowitz lamented a time when there once were no Council term limits in a rendition of “Those Were the Days.” Peals of laughter could be heard when Councilman Jimmy Van Bramer, after squeezing U.S. Rep. Gregory Meeks’ bicep and asking if had been working out, urged the congressman not to “take selfies” at the gym – a reference to the now infamous cell phone photos from former U.S. Rep. Anthony Weiner.

And while the audience spent much of the evening guffawing, there did seem to be consensus among audience members following the show: Legislators, you probably want to hang onto your day jobs. 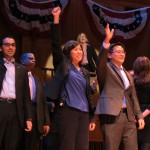 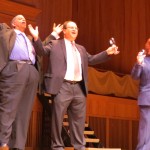 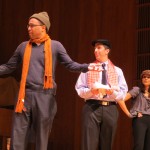 Sure, they may not be orphans, but that doesn’t mean Assembly members Jose Peralta, left, Phil Goldfeder, and Aravella Simotas couldn’t grab some broomsticks and land laughs singing about the trek to Albany in their parody of “Hard-Knock Life” from the Broadway show “Annie.” 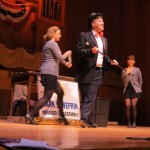 Councilman Mark Weprin proved he could do more than legislate Saturday night. 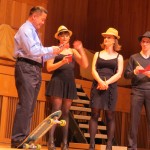 City Comptroller John Liu, left, showed off the skateboarding skills that were so frequently referenced during his mayoral bid. 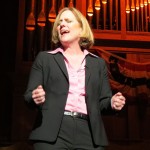 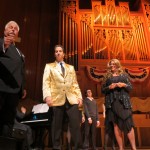 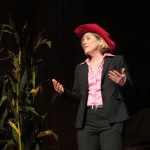 Borough President-elect Melinda Katz launched the evening’s repertoire with a Queensified version of “Oh, What a Beautiful Morning!” from the Broadway show “Oklahoma.” 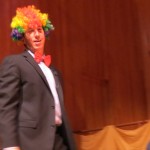 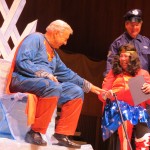 True, former Council Speaker Peter Vallone Sr. and former Borough President Claire Shulman may not be faster than speeding bullets any longer, but they did receive some of the evening’s loudest applause in their skit, “Save the World!” 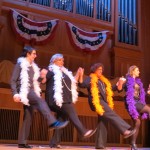 Assemblywoman Audrey Pheffer, third from left, and other performers got many a chuckle while flinging their boas around while dancing.