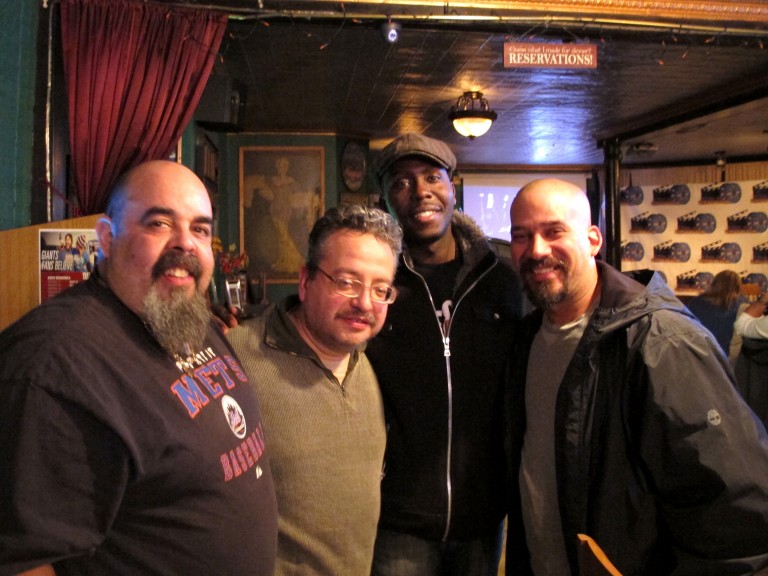 Neir’s, located on 77thStreet and 88th Avenue in Woodhaven, is one of the oldest bars in the country, originally founded as The Blue Pump Room in October 1829. Tucked away in a quiet corner near the Queens-Brooklyn border, Neir’s sturdy exterior stood out with its dazzling lights on the night of Nov. 19.

On that Tuesday evening, a projector sat on a table located within the back parlor area of the bar with a large white screen hanging on a wall a few feet away. A black speaker box sat on each side of the projector and a small group of movie lovers, friends, actors and directors sat gathered underneath low lights, waiting for Neir’s monthly independent short film viewing and networking event to commence.

Despite its popularity, Gordon finds one aspect of event dismaying.

“It’s a shame that people outside of the neighborhood come out to support the arts here,” he said.

To combat the lack of locals and to increase film viewer turnout, Gordon said he recently obtained a marketing director that will help give the indie event more exposure. He is also working with Ed Wendell, president of the Woodhaven Residents’ Block Association.

“You want an event to be successful,” Gordon said. “I’m taking my time finding in finding the right mix of people from the neighborhood who would come out to the event.”

Mauricio “Mo” Zapata is the main organizer behind Neir’s Indie Short Film Event and founder of My Final Shot Production, an independent film production company started in 2010. A man with grey, curly hair and square glasses, Zapata understands the unique advantage of Neir’s history – which includes being a stomping grounds for legendary actress Mae West and the spot where the classic Martin Scorsese film “Goodfellas” was filmed.

“This place has always lent itself to films,” he said.

Zapata, 49, was able to cinch the space needed to host the event, replacing Neir’s previous tradition of holding a poetry event organized by Gordon’s wife that lasted for two and a half years.

The Indie Short Film Event debuted in April 2013. Zapata usually curates short films that were not able to make it to the Indie Festival Film Circuit – or lack the funds to. 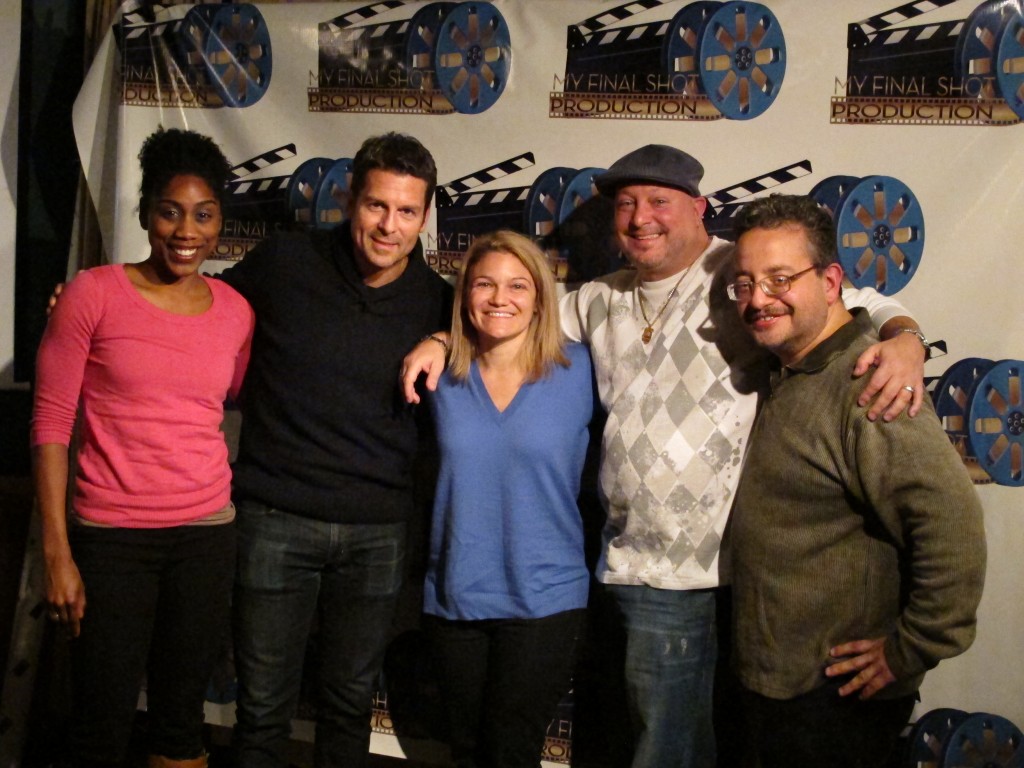 “This event is all about networking and like-minds meeting,” Zapata said.

Lori Martini, an actress and director, traveled from Middle Village to Neir’s for the event – it was her second time in attendance. Her short film “Caught” was one of the many played during the evening.

“There’s comedy mixed in with music videos and spoofs,” she said about the films typically shown. “They makes you laugh, cry, whatever. They’re eclectic.”

“You also meet other filmmakers, you see what they’re doing and you think, ‘Oh, I want to work with them,’” she added.

William Ruiz, who ran in the Democratic primary for the 32nd City Council District, was also in attendance.

Films weren’t the only creative outlet dominating at Neir’s that night, and Zapata, a fan of poetry, had a spoken word artist speak verses in between film showings.

“Apologies From The Heart,” was the title of one of James McClory’s poems performed. He said that it was centered around self-doubt. A former Woodhaven resident, McClory, 43, currently resides in the Bronx. He has been doing spoken word performances for three and a half years. Although McClory appreciates Zapata’s mix of poetry and film, he said it would be hard to be a regular at the indie event since a poet only has so many verses he or she can deliver.

“I think it’s important to bring in different voices,” he said, adding that a variety of poet guests would be refreshing.

The films showcased for the night included two family dramas – one titled “Su Sueño” about sisters in high school getting through harsh realities of life, comedies like “Kill A Cockroach,” and one film that addressed the subject of post-traumatic stress disorder after the Iraq War, titled “Road to Esperanza.”

Ed Trucco, who wrote, directed and acted in the piece, stressed that the film addressed the serious issue of rape against women in the military.

“If I have one person go back home and look up ‘rape in the military,’ I’ve done my job,” he said on his inspiration to shoot the film.

Trucco, along with other actors and directors present at the indie event, spoke about their films and the indie film industry as a whole in a question and answer session lead by Zapata after the film viewings.

“At the end of the day, this is show business,” Zapata said, also discussing the importance of marketing and promotion.

Gordon responded by saying he found the question and answer session the most important part of the night. A lover of the arts, and someone who knows the field well given his own background in deejaying , Gordon said that support and constructive criticism would help filmmakers get better and grow together.

At the end of the day, Gordon has notable aspirations for Neir’s.

“I’m trying to invigorate the tavern,” he said.

He finds that hosting events, such as ones dedicated to indie films, is his way of giving back to both the community – locally, as well as creatively.

“We usually get a pretty nice turnout,” said Nadine Jagessar, 44, a bartender at Neir’s since March 2013.

“Films are welcomed by the locals and Mo’s crowd that comes in. But here, you never know—they also really like changing things up.”