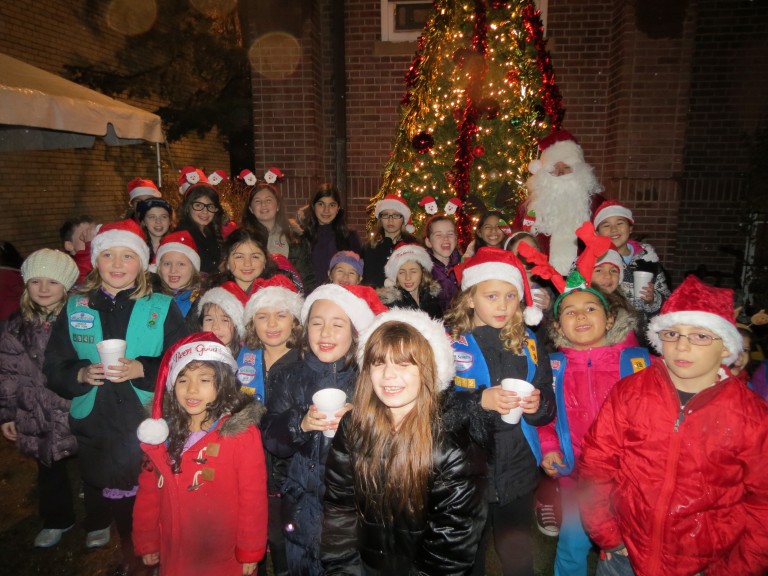 A cold rain could not drive away the holiday cheer that erupted from the crowd outside the Community United Methodist Church of Middle Village and Forest Hills last Friday, when a tree lighting ceremony drew revelers of all ages to usher in the holiday season with Christmas carols, Santa, and a chance to make military troops’ lives brighter.

Those who attended the event also donated items for military troops as part of Queens Metropolitan High School’s “Operation Give Back” program.

“We want those serving us to know they’re remembered,” said Samantha Vidal, a Woodhaven resident and Queens Metropolitan senior who launched the Operation Give Back program when she was a freshman.

As part of the initiative, students collect everything from body wash and books to canned foods and movies for troops stationed here and abroad.

“We make them cards and decorate their boxes,” said Vidal, who noted she was inspired to start the program in part because she has family members in the U.S. Navy and Marines.

Vidal and her fellow students welcome donations year-round. To find out more information about donating, email Vidal at svidal@queensmetro.org. 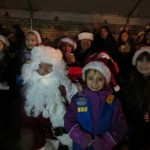 The crowd sings many a Christmas carol during Friday’s festivities. 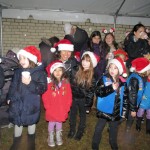 Santa spends time handing out goodies and cheer to youngsters thrilled to catch a glimpse of the North Pole resident. 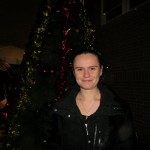 Queens Metropolitan High School senior Samantha Vidal helped to collect donations for military troops at the tree lighting for the program “Operation Give Back,” which she founded as a freshman.