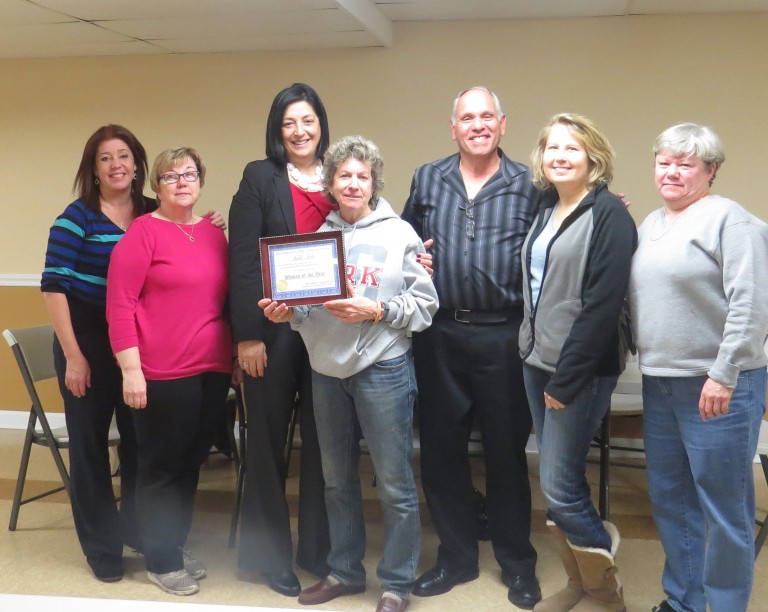 The Lindenwood Alliance closed out their year with a blend of celebration, old news, new news and a surprise announcement.

The group’s founder and current president, Joann Ariola, told those assembled that over the course of the last several months she and her board had been seriously thinking of spreading the success of the Lindenwood groups to include all of Howard Beach. After discussions and meeting with the Howard Beach Civic Forum who had approached Ariola and the board with their idea to join another civic to improve results and increase membership, an official announcement of the formation of the Howard Beach / Lindenwood Civic was made.

Ariola introduced, Tony Sama, a long-standing board member of the Howard Beach group who will now sit on the board of the newly formed civic as one of the co-chairs. Ariola will remain as the president of the group. “This is a great opportunity to knit this community together even further. In the short time of the history of the Alliance, we have seen what unity and working together can do for our neighborhood, and it’s time we take it to every corner of our area.” The Lindenwood Alliance has been instrumental in bringing resolution to many community situations and is well known for their cooperative relationship with the 106th Precinct which led to implementing successful advances in the problem with Grand Larceney and auto vandalism crimes that continued to plague the area. They have also raised thousands of dollars for various charitable associations and groups and have continued to forge bonds with other organizations to fund community projects including health fairs, food and clothing drives and other events.

The group also took time to present two Certificates of Appreciation, one to Sheila Shale, president of the Fairfield Arms Co-Op as their Woman of the Year. For the last year, Shale has hosted the monthly meeting in her community room, donating her time and the space at no expense to the Alliance. “In retrospect, we should have probably entitled this certificate “Mother of the Lindenwood Alliance,” said Ariola, “Because Sheila took us in after the storm when we had no where to go, just as a mother would do. It would have been almost impossible to carry on without her help. And, from here on in, wherever we go, Sheila goes.”

Along with Shale, the group honored Elizabeth “Betty” Braton for her contributions to the community as the Chair of Community Board 10. Braton was out of town and unable to be present, but friend and colleague Frank Gulluscio accepted the certificate on her behalf. Gulluscio took the time to remind those there tht Braton is a tremendous resource to the community because of her great knowledge of government agencies and policy that affects so much of what is going on in our community. Gulluscio also took the time to commend the civic on their accomplishments and on their plans to move ahead in conjunction with the Howard Beach Civic Forum. “It’s a welcome sign of the entire community working together for what’s good for everybody,” said Gulluscio. “It’s good for all of us.”

The new Howard Beach Lindenwood civic will meet on the last Tuesday of every month starting in January and the meetings will now be held at St. Helen’s School in the cafeteria.