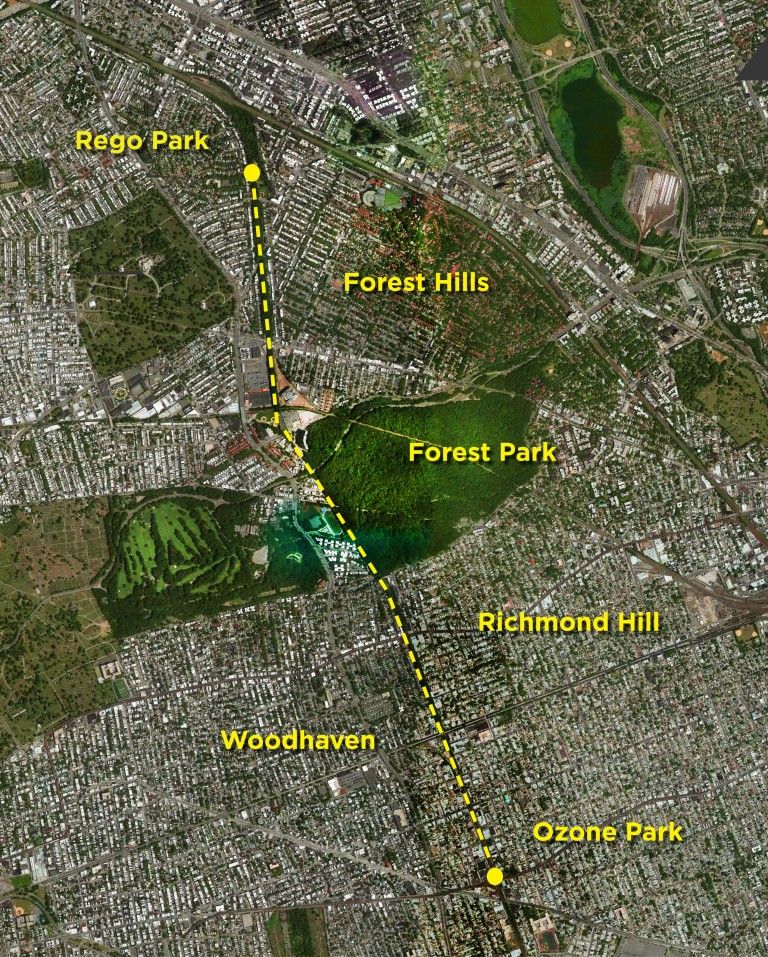 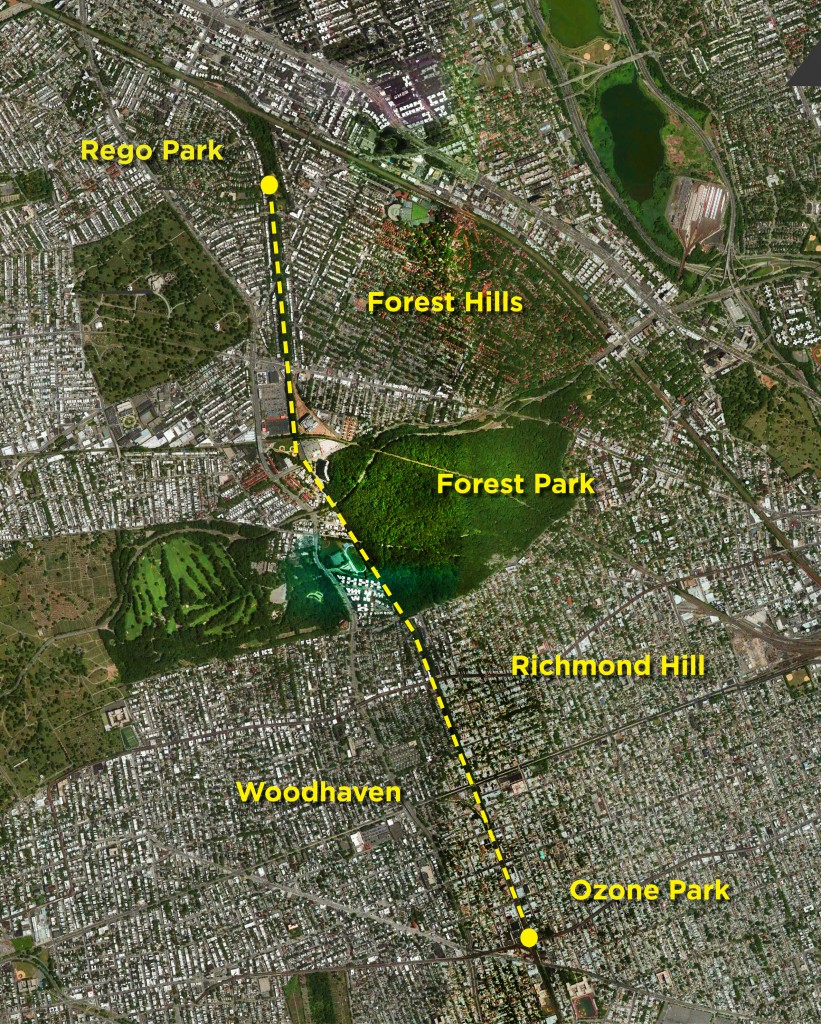 Woodhaven civic leaders said the QueensWay proposal to transform an abandoned rail line into a 3.5-mile public park is not a smart move when so much of Forest Park, which the QueensWay would run through, lacks lighting, among other issues. File Photo

The battle cry some civic leaders have used against more parkland in southern Queens has not changed, despite news that security cameras are headed their way.

“Why add parkland when we have yet to secure what we already have?” said Alex Blenkinsopp, the Woodhaven Residents’ Block Association’s communications director.

News that state Assemblyman Mike Miller (D-Woodhaven) and state Sen. Joseph Addabbo (D-Howard Beach) helped secure $250,000 in state money to install security cameras in Forest Park to help combat a rash of attacks there did not convince civic leaders that the area’s parkland was secure enough to move onto securing any more of it. Though no one denied the benefit that would come from the New York Police Department’s surveillance of the area.

“It’s great. I’m so happy they’re going to put cameras up,” said Ed Wendell, president of the WRBA. “I think it’s a great thing because it validates everything we’re saying. It’s a struggle to even get cameras, so it’s a big deal. It’s a great first step. But jeez, they’ve got to do more than that to sway me.”

Both Miller and Addabbo lauded the state funding for the cameras early last week, declaring it a milestone in the borough’s efforts to combat a string of rapes that has occurred at Forest Park, including one of an elderly jogger over the summer. The elected officials got their hands on the cameras with help from the New York Police Department to make the park a safer spot.

“Forest Park is over 500 acres and although our local precincts have been doing their best to patrol the area, it is unrealistic to think that every acre of this park can be patrolled at all times,” Miller said in a statement. “The local residents have voiced their concerns regarding safety within Forest Park and securing this funding was a top priority. “

The Woodhaven group hosted a public forum to debate different proposals regarding the abandoned railway, including both the Queensway and another that would revitalize the old rail line that traveled through Forest Hills, Middle Village, Woodhaven, Ozone Park, and Howard Beach, and was once owned and operated by the Long Island Rail Road before being sold to the city in 1962. It was the group’s first major attempt this year to give the greater Woodhaven community a say on the matter and Miller sat intently through most of the evening listening to constituent concerns.

At that meeting, Blenkinsopp argued that more studies were needed before deciding whether or not the borough could handle more open space. Concerns about park security were repeated throughout the evening as about a dozen locals sounded off on the proposals.

Both Wendell and Blenkinsopp have argued that the QueensWay proposal, which proposes to transform a piece of the land along the tracks into a 3.5-mile public park, was not a smart move as long as current parkland was not secured.  With or without the cameras, Wendell and several others from his group said there were still other issues at the park left unaddressed, including lighting and sidewalk repairs.

“What good are the cameras if a good portion of the morning hours are still dark? Unless they’re infrared, they won’t be very helpful,” Wendell said. “You can’t just slap a Band-Aid on it and say, ‘Okay, it’s fixed.’”