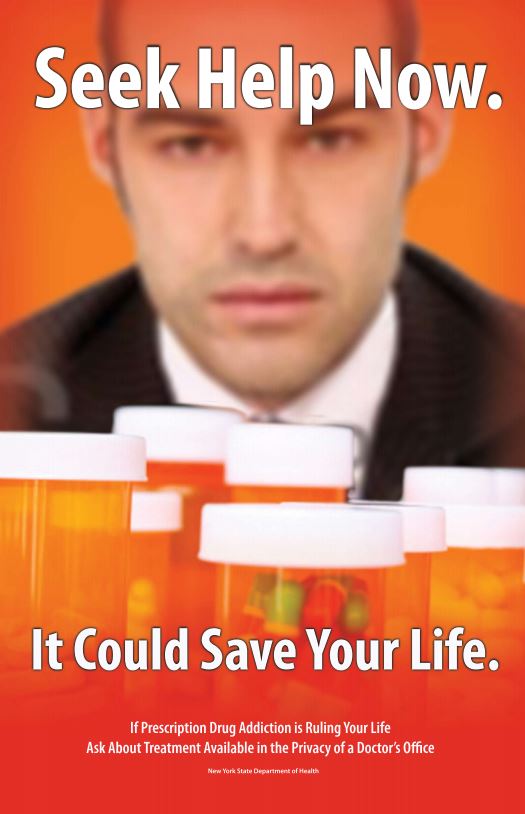 Millions of people across the country have struggled with addictions to prescription drugs, and there are many resources available to individuals who want help. Photo courtesy NYS Department of Health

With everyone from federal health officials to Queens doctors calling prescription drug abuse an epidemic, numerous efforts have been launched across the country to tackle the deeply embedded problem that has resulted in drug-induced fatalities to skyrocket to the second most prevalent cause of death in the nation, just behind motor vehicle accidents.

In New York, a statewide program aimed at tackling prescription drug abuse has successfully helped to keep individuals from “doctor shopping,” or going from physician to physician in search of more prescriptions – news that Gov. Cuomo said is more than welcome in a society where there are tens of thousands of drug-induced deaths each year in the United States.

Since its launch last August, New York’s prescription drug database – known as I-STOP – has received more than 7 million requests from more than 66,000 health care professionals who want to make sure they are not doling out prescriptions to drug dealers or addicts, Cuomo said this week.

“Prescription drug abuse is a nationwide epidemic, and with the I-STOP system New York state is showing tremendous success in cracking down on this problem,” Cuomo said. “My administration is working around the clock to strengthen New York’s healthcare delivery system, and by eliminating this dangerous and illegal fraud, we are making New York’s communities safer and healthier for all.”

Through the I-STOP database, physicians and pharmacists are able to access their patients’ up-to-the-minute prescription history – which has, Cuomo said, meant fewer instances of patients requesting prescriptions for the same drug from multiple doctors.

In total, there has been a 74.9 percent decrease in people engaged in “doctor shopping” in the fourth quarter of 2013 compared to the same time in 2012, the governor said.

“I-STOP has become a national model for more effectively tracking controlled substances by requiring pharmacies to report prescription information to New York’s prescription monitoring program registry in real time,” said State Department of Health Commissioner Dr. Nirav Shah. “The use of this information not only protects health care providers when they prescribe medications for legitimate patients but it also curbs prescription drug abuse.”

Abusing prescription drugs can be addictive and deadly, and mixing opioids with other drugs, especially depressants or alcohol, can lead to accidental overdose, respiratory problems, and death.

There are numerous resources available for individuals struggling with addictions to prescription drugs. The following are organizations that offer information and resources that can help: