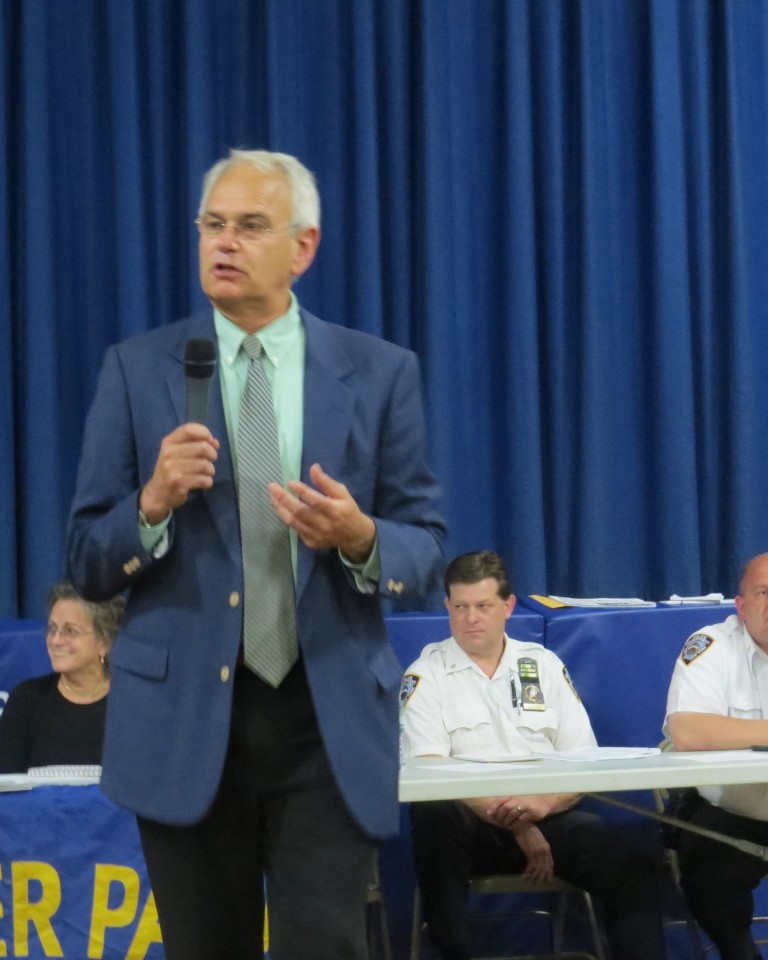 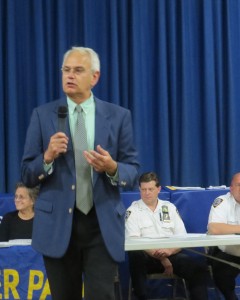 Juniper Park Civic Association Bob Holden said he and his organization are urging to the city to better respond to negligent property owners. File photo

A Middle Village civic group called on the city to step up its enforcement in order to combat a series of eyesores, including graffiti and other community hazards.

Juniper Park Civic Association President Bob Holden said his group zeroed in on several properties in the Queens community at the group’s meeting last week with hopes of coaxing the Buildings Department to bulk up its response to negligent property owners. Issues like illegally parked vehicles, graffiti and vacant buildings have become a talking point for members of the group.

“We have a great deal of eyesores in this community that we have been working with the city to address,” Holden said.

The group wrote in its quarterly civic magazine The Juniper Berry about buildings where scaffolding once stood still sitting vacant and unattended to. The community has been pushing for the removal of the unsightly scaffolding for months, but civic leaders said they were only left with only another undesirable visual once it was finally removed earlier this year.

“The good would be the fact that the scaffolding has been removed, the bad relates to the fact that after two years nothing tangible was done to rehabilitate the buildings and the ugly deals with the reality that without the scaffolding the sealed and closed businesses look even more ominous,” the civic wrote in its newsletter.”

It featured a string of mostly empty and dilapidated storefronts from 63rd Road to Dana Court in Rego Park that civic members said was in serious need of attention.

“There is no question that when there is this much blight in any neighborhood it is a prelude to further decay,” the civic said in a statement. “That means we all have to stay vigilant, elected officials as well as the local civic associations and not let these buildings deteriorate any further.

Holden also shed some light on different buildings throughout the community where it seemed as if owners were doing little to address eyesores like graffiti or illegally parked commercial vehicles.

Ken Lazar, a community liaison of the Buildings Department, said the city has been stepping up in issuing summonses to properties like the ones Holden had mentioned at his group’s civic meeting last week, but the civic leader argued that summonses have little effect if they are not followed up on.

Holden also noted a recent uptick in graffiti throughout the region, which officers from the 104th Precinct said has kept them busy over the last several weeks. The precinct even announced two graffiti arrests this week in connection with over 30 acts of vandalism throughout Middle Village and Ridgewood.

David Negron, 20, and Joseph Guilfoyle, 43, were two of the precinct’s latest graffiti arrests after 104th Captain Christopher Manson said officers have been stepping up their efforts in keeping the streets clean.

In an effort to combat any future acts of graffiti, Manson said it was important that business owners remain diligent in cleaning up any vandalized pieces of property before it spreads. Graffiti vandals are all about their tags, he said, and thrive off their work remaining visible.