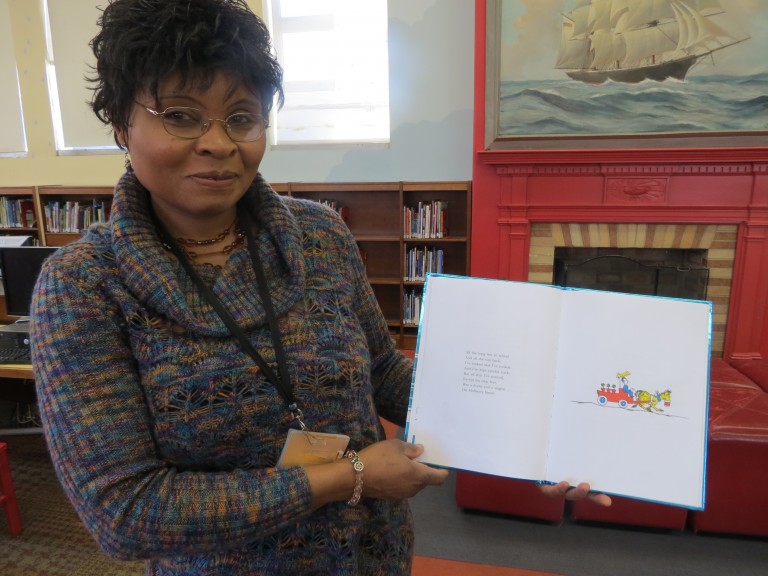 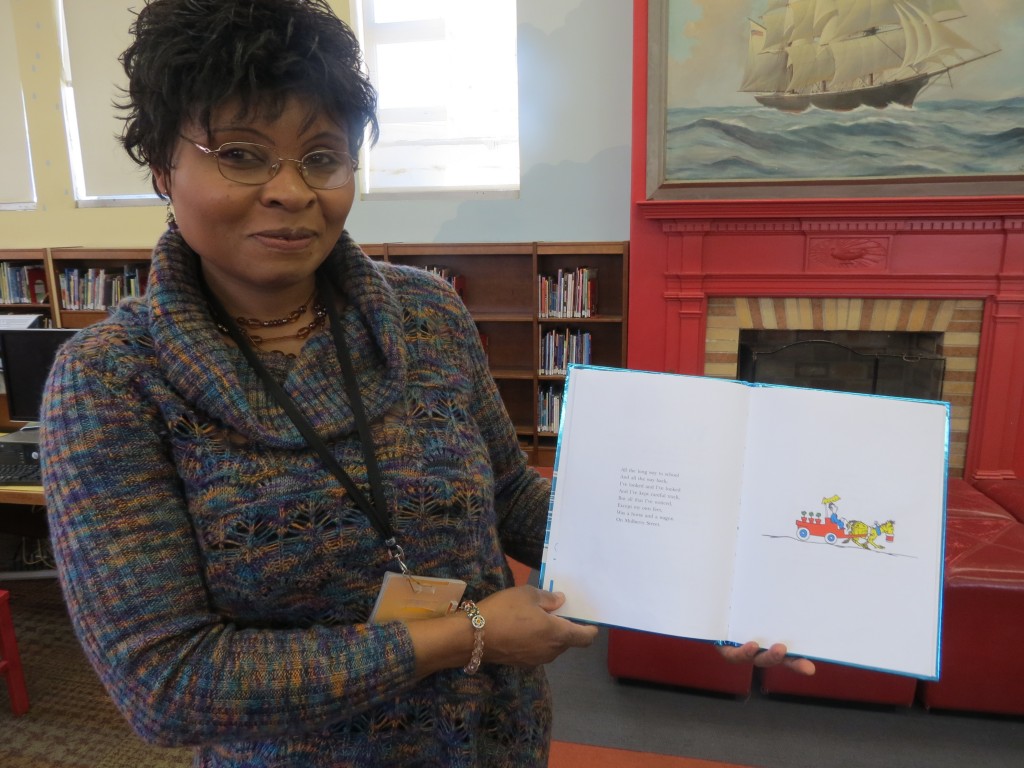 Rebecca Alibatya, the manager of Queens Library at Richmond Hill, has been spending much of the past year working with community members to raise money for the facility, which saw its budget slashed from about $40,000 last year to approximately $7,000 this year. Photos by Anna Gustafson

By the time employees of the Queens Library at Richmond Hill arrive each day to open the building’s doors, there is almost always a line of people gathered outside the facility that has served the community for more than a century. Huddled in winter coats, they hail from all walks of life: The recently unemployed who hope to use the library’s computers to look for jobs, immigrants from countries across the globe who want to take an English class, the mothers with young children in tow.

Those who flood the library every day – for everything from exercise to computer classes, and, of course, checking out books – represent a significant increase in the number of people using the site at 118-14 Hillside Ave., but despite such an uptick the facility has had its funding dramatically slashed, going from a budget of $40,000 last year to just $7,000 this year.

Because of this, the manager of the Richmond Hill library, Rebecca Alibatya, said she has had to watch bookshelves remain partially empty and a long wish list go unfilled.

“We have shelves that are barely full, and we have so, so many kids who use the library,” said Alibatya as she scrolled through a long list of items that her facility needs: Children’s literature, English as a Second Language books, books about gardening to go along with the indoor garden for which the library hopes to receive a grant, and more.

“The need is so big for so many things, but we have no funding,” said Alibatya, who noted that the library has so far had 100,688 people walk through its doors since the beginning of fiscal year – July 1, 2013 – an increase over the 96,067 people who had come through the gate by the same time last year.

Children at the Richmond Hill library made a card for Mark D’Urso, the owner a nearby Key Food on Lefferts Boulevard, who recently donated thousands of dollars to the library.

Despite this, she did note that the major drop in city funding has prompted her to turn to the community for help – and leaders have responded. The Friends of the Richmond Hill Library, a group made up of ardent fans of the site, have raised money for their beloved spot, and, just recently, Mark D’Urso, who owns the nearby Key Food at 87-25 Lefferts Blvd., donated $5,000. He gave $2,500 last fall and another $2,500 in February, and both times the facility received matching funds from the Queens Library Foundation, meaning it ultimately netted $10,000 in donations.

“Mark is amazing,” Alibatya said. “He’s been supporting us for several years. Things could be so much worse without him. I feel like he adopted us.”

D’Urso said it has been important to him to be able to lend a hand to the Richmond Hill library.

“It’s always nice to do something for children,” D’Urso said. “It helps the families out and helps the kids with their homework and to educate themselves.”

In addition to the $5,000 donation, D’Urso is now asking other members of the community to back the library that has been a staple of the community for more than 100 years. Throughout the month of April, shoppers will be able to fund new books for the library when they check out. Each time customers purchase groceries, they can make either a $1, $3 or $5 donation to the Richmond Hill library, and, in thanks, their name will be displayed in the store all month long. The fundraising event is being held in partnership with the Friends of the Richmond Hill Library.