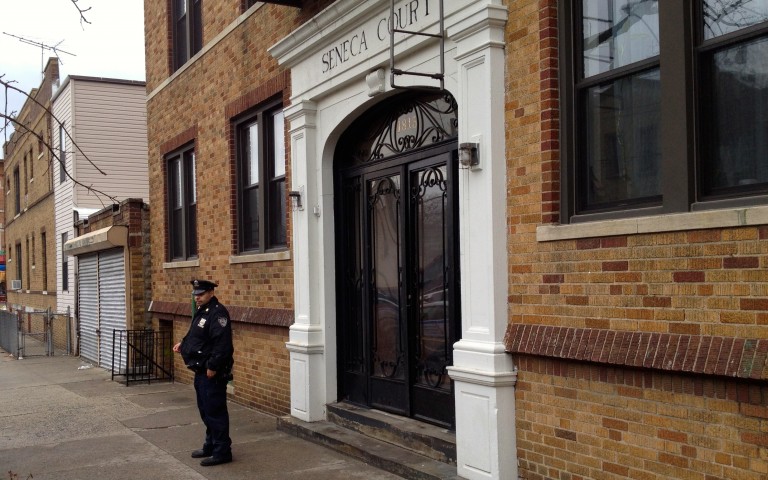 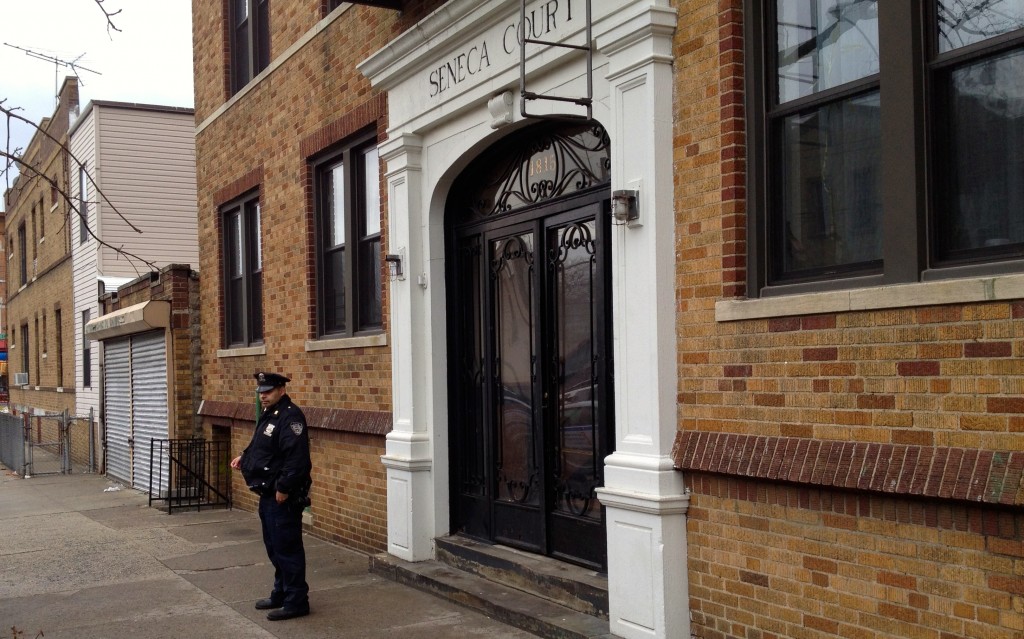 Police are investigating a double homicide on Summerfield Street in Ridgewood. Photo by Phil Corso

A Ridgewood couple was found shot dead in their Summerfield Street apartment near the corner of Seneca Avenue Thursday night, launching a full-on police investigation, the NYPD said.

Cops identified the victims as 22-year-old Louis Oscar Padilla-Lopez and 21-year-old Natalie Mejia-Tavares, who died of gunshot wounds to their head and torso, respectively, around 6:45 p.m. Thursday night, police said. No gun was recovered at the scene and no arrests have been made so far, the NYPD said.

A Ridgewood resident who lived nearby told The Forum the couple was new to the area and did not strike him as particularly suspicious. Police were still investigating the scene Friday afternoon with members of the 104th Precinct Detective Squad.