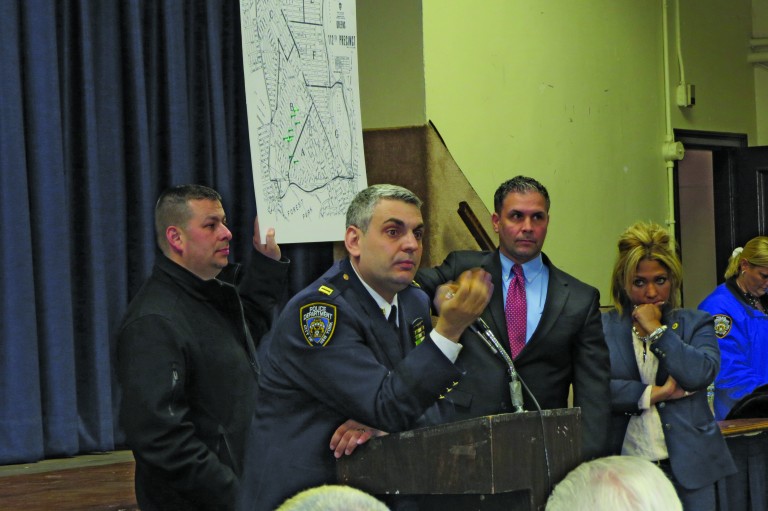 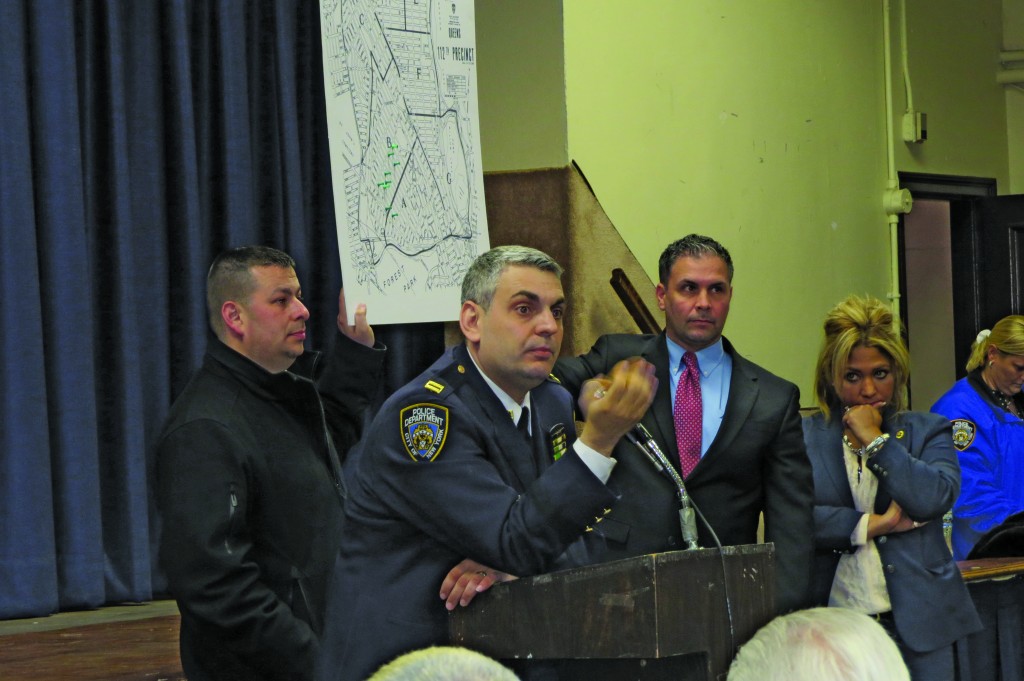 112th Precinct Capt. Thomas Conforti said the telephone scams were one of the most abundant crimes in the area as of late, and the best way to combat the fraud was to spread the word. File photo

Heidi Chain, president of the 112th Precinct Community Council, said telephone scams have become one of the most pressing issues in the Queens precinct with new complaints coming in almost every day. In each instance, she said, the supposed thieves drum up a scenario in which money must be transferred quickly in order to evade some sort of emergency.

“These calls are frightening people,” she said. “What I find particularly troubling is the way they say they need information right now. People are falling for it.”

In one instance, the scammer told somebody he worked for Consolidated Edison and needed personal information in order to enact a discount. Other calls came from scammers saying a family member was in trouble and only fast cash could fix it. But one of the most common calls, she said, involved Green Dot cards.

“They call and say you will go to jail unless you get one of these Green Dot cards and transfer them the money fast,” she said. “They put you in a situation where you have to act now.”

The Internal Revenue Service went so far as releasing its own statement ensuring the calls were not coming from them.

“This scam has hit taxpayers in nearly every state in the country. We want to educate taxpayers so they can help protect themselves. Rest assured, we do not and will not ask for credit card numbers over the phone, nor request a pre-paid debit card or wire transfer,” IRS Acting Commissioner Danny Werfel said. “If someone unexpectedly calls claiming to be from the IRS and threatens police arrest, deportation or license revocation if you don’t pay immediately, that is a sign that it really isn’t the IRS calling.”

112th Precinct Capt. Thomas Conforti said the telephone scams were one of the most abundant crimes in the area as of late, and the best way to combat the fraud was to spread the word.

Chain said it was an incident that seemed somewhat unique to the neighborhoods of Forest Hills and the surrounding region, particularly with immigrant or senior citizen factions of the communities. But either way, she said she was keeping up-to-date on the latest scams and posting them to the precinct community council’s Facebook page with hopes of staying ahead of the crime curve.

“We have a community here where people are always plugged in and getting back to me on what’s happening,” Chain said. “I don’t know where else it happens. We aren’t hearing much about it.”