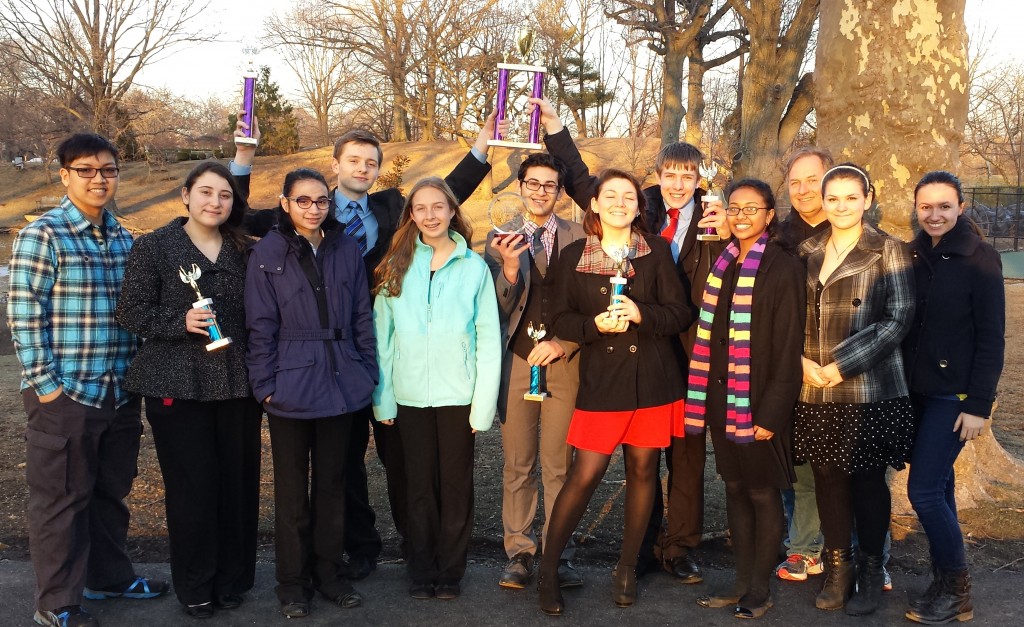 Christ the King’s speech and debate team landed major honors recently after they performed so well in their regular season that they are headed to the New York state championships in the beginning of April.

The students will now travel to the championship near Cooperstown on April 4 through April 6.
Earning spots for the school this year are freshmen Laura Jans and Shania Figueroa, sophomore Melissa Lent, and juniors Stephen Lebak, Dominik Makocki, and Kevin Rodriguez.
The national championship will be held this year over Memorial Day weekend in Chicago, Ill. CTK students who have qualified for that include sophomore Krystle Salvati and juniors Stephen Lebak, Dominik Makocki, and Kristen Tully. In addition, Kevin Rodriguez, Laura Jans, Shania Figueroa, Melissa Lent, and Mary Yanez are alternates for the national finals.