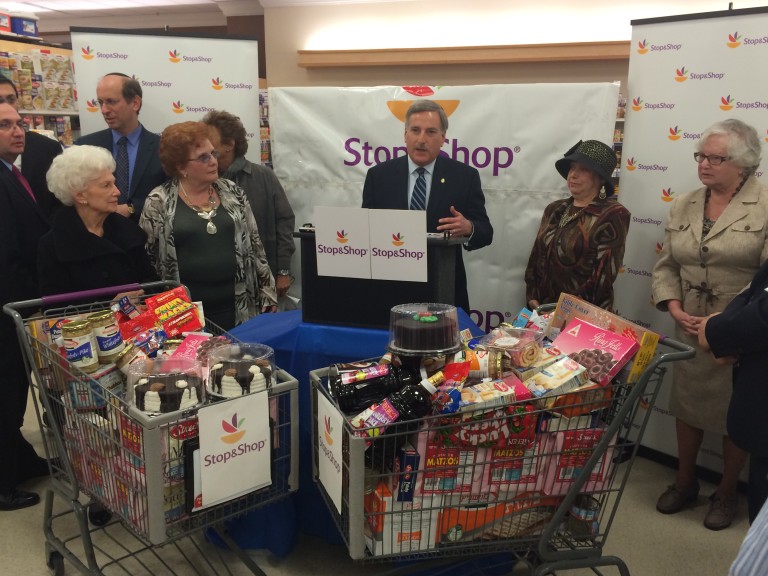 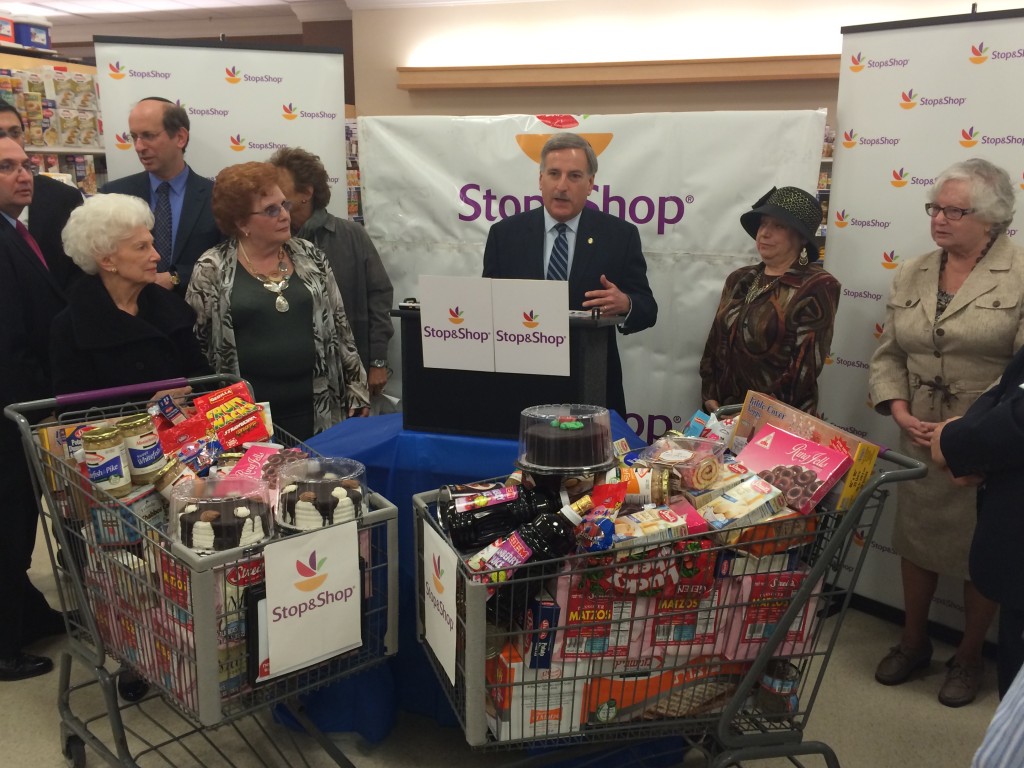 A supermarket on the border of Glendale and Forest Hills packaged more than 1,000 pounds of kosher food to make this year’s Passover a proud one.

The Stop and Shop at 89-89 Union Tpke. collected the donations and redirected them to the most needy just in time for Passover, which started at sundown Monday. The Queens Jewish Community Council, a nonprofit based in Forest Hills, took on the task of distributing the 4,000 packages throughout the city, including some of the most vulnerable areas, including Forest Hills, Kew Gardens and Rego Park, officials said.

“Passover is a very expensive holiday,” said Cynthia Zalisky, executive director of the QJCC. “Central Queens has one of the largest populations of Jewish people living close to poverty out of all the five boroughs. People are struggling.”

Her claims were backed up in the latest Jewish Community Study of New York released in 2012 by the UJA Federation of New York, which said the Forest Hills-Rego Park-Kew Gardens area was one of the top-seven areas throughout the Metropolitan area with Jewish households earning less than $50,000 a year.

“Whether it is because they are seniors living on a fixed income, or entirely unemployed families, there are people who are hurting,” Zalisky said. “And to some, it kind of comes as a shocker, because we’re talking about communities like Forest Hills and Kew Gardens in the heart of New York City.”

The community study report found the Forest Hills region to have grown 37 percent over the past 10 years with more than 16,000 newcomers to the area. It cited “a sizable population of Russian-speaking Bukharian Jews” making up roughly 17 percent of the area’s entire Jewish population, in a borough with the third largest proportion of Jewish residents ages 75 and older.

A crowd of Queens elected officials was on hand at the Stop and Shop Thursday to celebrate the massive donation, including Borough President Melinda Katz, state Assemblyman David Weprin (D-Fresh Meadows) and more. The act has become an annual tradition for close to 15 years, Zalisky said, with Stop and Shop just signing onto the cause nearly five years ago.

“As I handed out packages at QJCC last weekend, I watched the faces of the recipients and noted the lines down the block of people who needed help,” said State Sen. Toby Ann Stavisky (D-Flushing). “Donating one ton of food is an unprecedented act of charity that will help hundreds of families enjoy a healthy and happy holiday. I hope we can make this wonderful partnership between the Queens Jewish Community Council and Stop & Shop a new Passover tradition.”

The care packages included anything from potatoes, onions, carrots, oils, apples and matzo. But as those who spoke Thursday put it, Stop and Shop along with the QJCC teamed up to help make sure it was a sweet holiday for so many families throughout the region.

“Donating ‘kosher for Passover’ food for distribution to needy people is a wonderful act,” City Councilwoman Karen Koslowitz (D-Forest Hills) said. “Without Stop and Shop’s annual generosity, many would be deprived of celebrating an important Jewish religious tradition.”