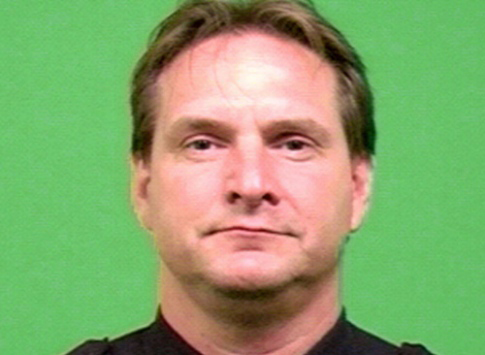 Slain NYPD Officer Peter Figoski will be remembered at a 5K race at Cypress Hills Cemetery on May 4. File photo

Slain NYPD Officer Peter Figoski will be honored with a 5K race in Cypress Hills Cemetery in Brooklyn during a May 4 event that will raise funds for charities benefiting children.

Hundreds of runners are expected to participate in the fundraiser, which will remember Figoski, a 22-year police veteran who was fatally shot at the scene of an armed robbery in 2011.

The race will be held at the 225-acre cemetery, located at 833 Jamaica Ave., not far from where Figoski was shot in December of 2011.

The participant fee for the event will be $25, which will go towards St. Mary’s Hospital and the Make-a-Wish Foundation.

Figoski was shot while responding to a robbery in progress in East New York with his partner, Officer Glenn Estrada, in the early morning hours of Dec. 12, 2011. The officer, who lived in West Babylon with his wife and children, was shot by one of the robbers as he blocked an exit to an area where the suspects were cornered. He died later that morning at Jamaica Hospital Medical Center.

A man beloved by his family, friends and colleagues, Figoski was promoted posthumously to detective and awarded the Medal of Honor from the NYPD.

For men have been sentenced in Figoski’s death. Two Ozone Park residents, Kevin Santos and Nelson Morales, received life sentences for the officer’s murder, and Ariel Tejada, also of Ozone Park, is serving 18 years in prison after pleading guilty to the murder and burglary charges. Lamont Pride, of North Carolina, who shot Figoski in the face as he attempted to flee the scene, is serving 45 years to life after being convicted in February 2013. Ozone Park resident Michael Velez was acquitted of murder and burglary charges, also in February 2013.

For more information about the race, visit www.cypresshillscemetery.org or call (718) 251-6934