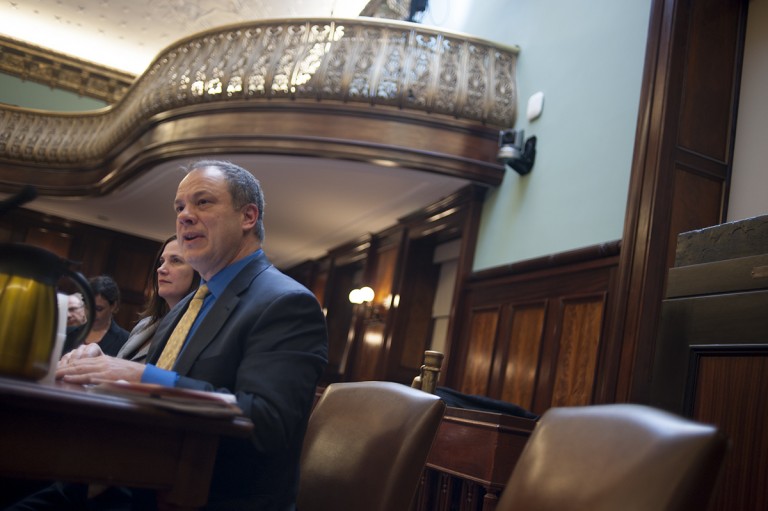 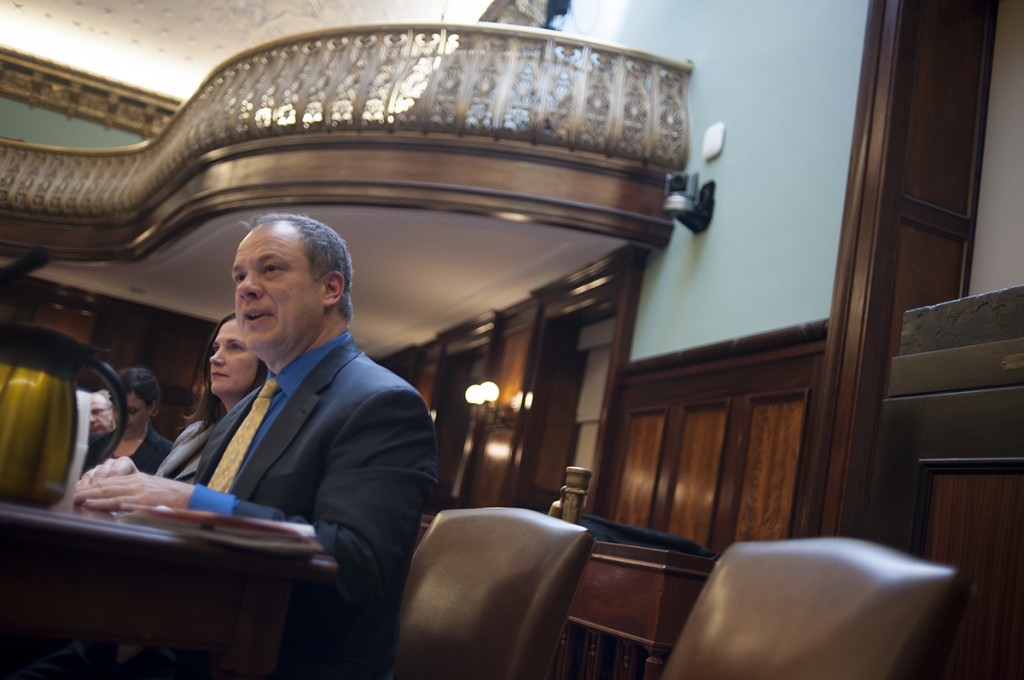 Queens Library CEO Thomas Galante has been under fire from elected officials following reports in the media that he earned a six-figure salary while overseeing the outsourcing of union jobs. Photo by William Alatriste/NYC Council

The Queens Library Board of Trustees rejected last Thursday night a resolution to have the library fully comply with an audit by city Comptroller Scott Stringer, prompting vehement criticism from the city’s head financial watchdog and Borough President Melinda Katz.

The library defended its stance and said the institution has provided all the documentation that it is legally required to submit to Stringer, who launched the audit of the library following media reports that Queens Public Library Thomas Galante earned nearly $400,000 during a time that included the outsourcing of union custodial jobs and six-figure renovations.

Board members voted last Thursday on two resolutions: one which would have resulted in the library turning over all records for which the comptroller’s office has asked and another which authorized the release of all documents in accordance with a 1997 settlement between Queens Public Library and then-Comptroller Alan Hevesi. That settlement stipulated that the comptroller would not audit library accounts holding federal, state, or private funds. The city funds approximately 85 percent of the library, with the rest of its funding coming from the federal and state governments and private dollars.

The city filed a lawsuit in April challenging this settlement, saying it violates the City Charter by limiting the comptroller’s power to audit the use of city funds.

“What happened last night at the Queens Borough Public Library was a disgrace,” Stringer said in a statement Friday. “It is a shame that the members of the Queens Library board who voted against their own colleagues’ resolution have continued to embrace library management’s anti-transparency policies. No public entity is above the law. Parliamentary maneuvers may buy them some time, but rest assured that I am determined to make sure that taxpayers know how their money is being spent at this library system.”

“Queens Library believes in accountability and transparency,” the library said in a statement. “The library has released all requested financial documentation in accordance with the court-ordered agreement of 1997. The audit rules have been the standard for several previous administrations. It appropriately includes audit authority over every dime provided by the city, fines and fees collected, and book sale funds. As an additional layer of transparency, the library voluntarily provided access to the worker’s compensation fund as requested.”

The 1997 settlement followed reports by Hevesi and the city Department of Investigation that the Queens Library was using money from overdue book fines to pay for vacations and dinners for its Board of Trustees, as well as vehicles for some of its staff. Those funds, according to the city DOI, had not been reported to the city.

The Board of Trustees’ vote on Thursday also landed it harsh words from Katz, who in March asked Galante to temporarily step down in light of questions about library spending. He did not do so, and board members voted 9-9 on a resolution calling for the CEO’s removal. Because of the tie, Galante was able to remain in his position.

“Once again, the Queens Borough Public Library board has raised questions about the execution of their fiduciary responsibility,” Katz said in a statement Friday. “By failing to pass this resolution, this board has put itself firmly on the wrong side of any resident of Queens who wishes to see their library run properly. This institution continues to move further and further away from accountability at the exact moment it should be embracing transparency.”

In addition to questions – first reported in January by the Daily News – about Galante’s salary, media reports and elected officials have focused on the CEO receiving a six-figure salary for a position he has held while working for the Queens Public Library as a consultant with a Long Island school district.

The library has defended Galante, saying he has helped to mold the Queens Library into one of the country’s most prestigious systems – while accepting a salary comparable to what other library heads make. Additionally, Galante has defended his work in Elmont, the Long Island school district, saying he has never conducted work for the district while on the library dime.