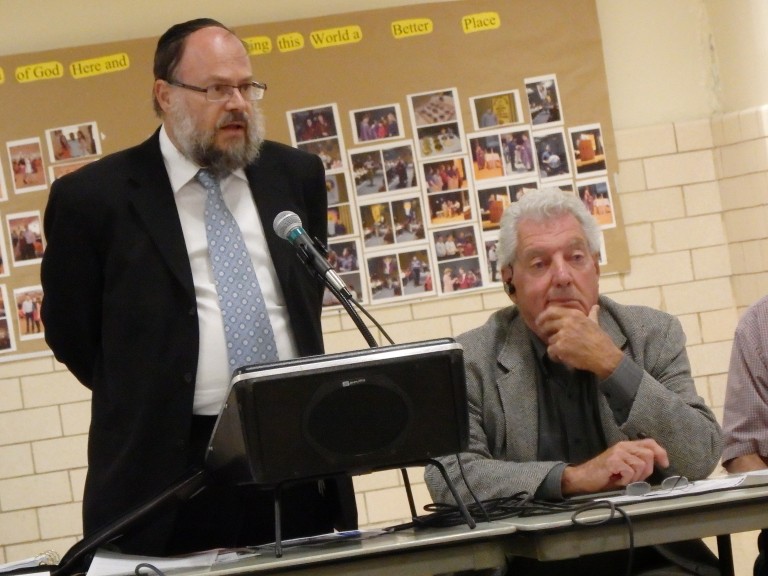 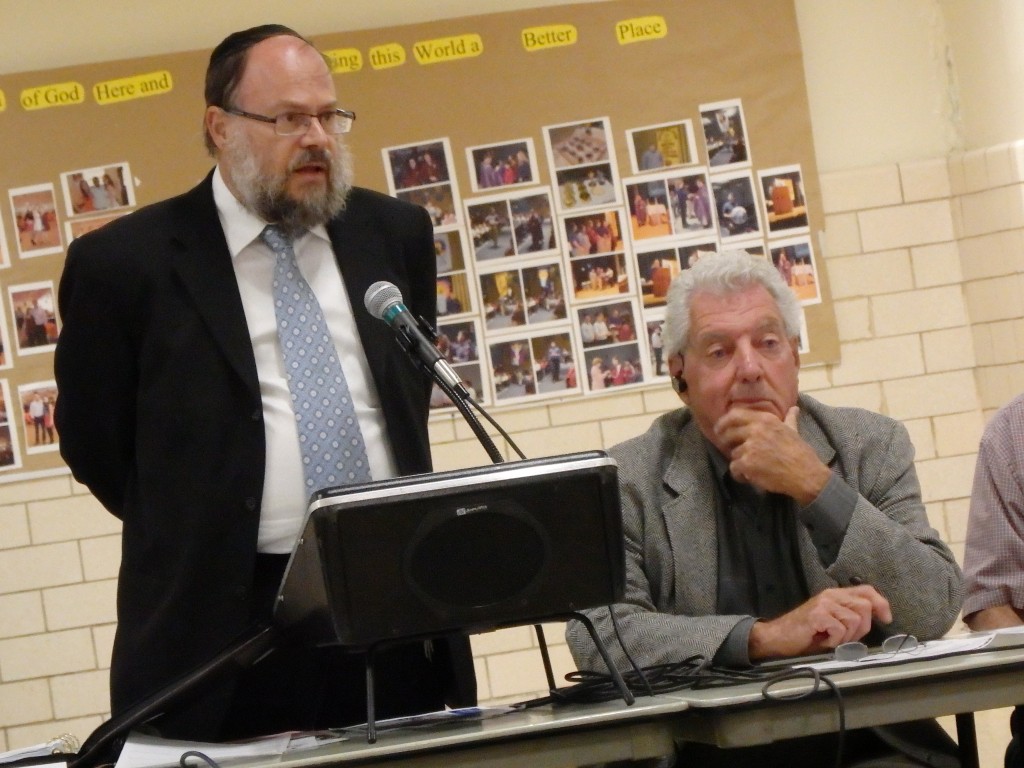 Engineer Moshe M. Friedman, standing, has filed with the city Board of Standards and Appeals to build a three-story residential building with a penthouse at 1504 to 1506 Decatur St. in Ridgewood. Photo by Phil Corso

Community Board 5 has reignited the rezoning debate.

An application to rezone property in an industrial business zone to make way for residential housing has become the topic of discussion for months now, with the board approving one such motion in Ridgewood last month and now faced with a similar one nearby. Engineer Moshe M. Friedman has filed with the city Board of Standards and Appeals to build a three-story residential building with a penthouse at 1504 to 1506 Decatur St. – a move that poured gasoline on the rezoning discussion.

Members of the board and public both took the microphone at last Wednesday’s CB 5 meeting to urge caution and plead not to cater to upscale development for the sake of the short-term. Ted Renz, executive director of the Ridgewood LDC, was one of the first to speak, just as he did in prior months when the board was faced with a similar rezoning proposal.

“The Ridgewood community has a long, proud manufacturing history,” Renz said. “Although the presence of manufacturing has decreased in recent years, we believe that manufacturing-related businesses remain important to our neighborhood, city, state and nation.”

Friedman said the small corner property has been dormant for years and used to be home to a restaurant and two-family residential housing before being demolished. He said the now empty lot was already surrounded by some residential housing and would not be out of character with the community.

“It is a tiny property,” he said. “It’s not worth developing it as manufacturing.”

Lifetime Ridgewood resident Manny Jalonschi spoke out against a similar rezoning application months ago, when Aufgang Architects proposed $18 million plan to build a 90,000-square-foot residential building at 176 Woodward Ave. Then, he argued that upscale residential developments would not work in favor of the average working class Queens resident. This time, he used a different angle and preached caution, pointing to a recent federal decision labeling a nearby street radioactive.

The U.S. Environmental Protection Agency declared property from 11-27 through 11-29 Irving Ave. as a federal Superfund site because of hazardous waste discovered there. Jalonschi said the residential plan should at least be put on pause until more information comes to light.

“Manufacturing is still alive – big time – in Queens,” Jalonschi said. “But there was a Superfund site declared near there not too long ago 300 feet from this. We still have mixed reports on this.”

Walter Sanchez, who chairs the CB 5 Land Use Committee, said the group would be holding a public meeting on June 2 to review the proposal and solicit community input, just as it did last month with the Aufgang proposal.

Members of CB 5 have been extra protective of the city’s established industrial business zones since Mayor Bill de Blasio nixed an allocation of $1.1 million towards such properties in his first budget proposal earlier this year. The 16 total sites were first declared under the former Mayor Michael Bloomberg administration in an attempt to foster manufacturing jobs with help from various tax credits, totaling $4 million in funding in the first year.