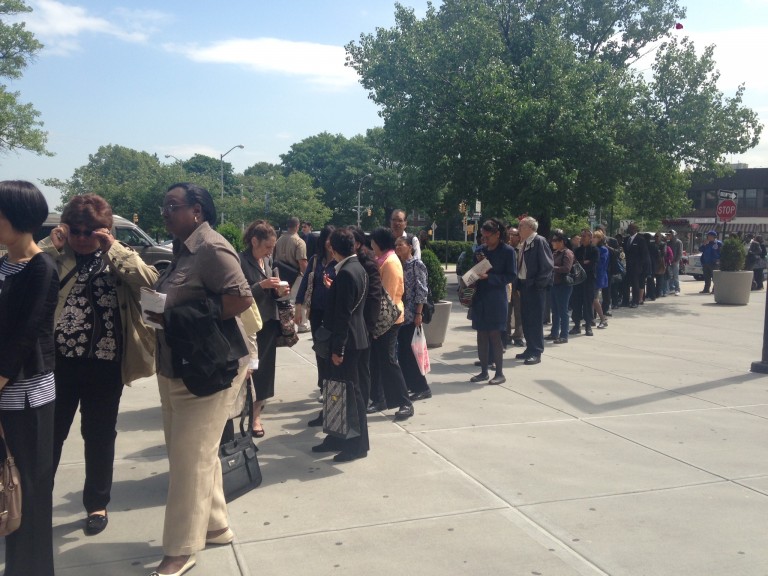 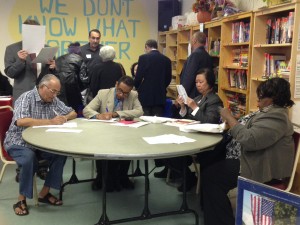 Seniors from throughout Queens attended a job fair in Kew Gardens last Friday for individuals over the age of 50. Photos courtesy NYS Senate

Following years of a souring economy, seniors throughout the city have not yet turned to retirement – and, considering the massive turnout to a job fair specifically for individuals over the age of 50, Queens is no different.

More than 700 people attended a job fair sponsored by state Sen. Joe Addabbo Jr. (D-Howard Beach) at the Queens Community House in Kew Gardens last Friday, with people waiting in a long line that ran down the block to speak to representatives from more than 20 companies looking to hire.

Addabbo stressed the need for the fair, particularly in light of the unemployment rate for Americans over the age of 50 doubling in the past four years, according to federal statistics. Individuals 55 and over who lose their jobs are, on average, out of work for one year, according to the AARP.

“Taking the leap into, or back into, the workforce can be overwhelming,” Addabbo said. “With this job fair, I wanted to create a one-stop shop with employers from various fields who hire directly from the 50-plus demographic. I was pleased to see so many of my constituents, and others from outside the district, come and take full advantage.” 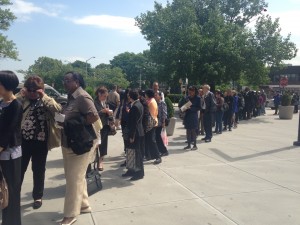 A number of different organizations participated in the fair, including AARP Manhattan, the city Board of Elections, CVS, Macy’s, New York Life Insurance Company, among others. Some were vendors that were in Addabbo’s previous job fairs, including CVS and Macy’s – both of whom hired applicants directly from prior events.

“It’s a tough job market for anyone, and sometimes the older generation gets overlooked – or they are deemed too qualified,” Addabbo said. “It’s an unfair advantage, and I want to continue to host these job fairs for anyone seeking help.

This September, the lawmaker will host a job for for people of all ages at the new YMCA in Arverne by the Sea in Rockaway. For more information, contact Frank Fazio at Addabbo’s Howard Beach office at (718) 738-1111.