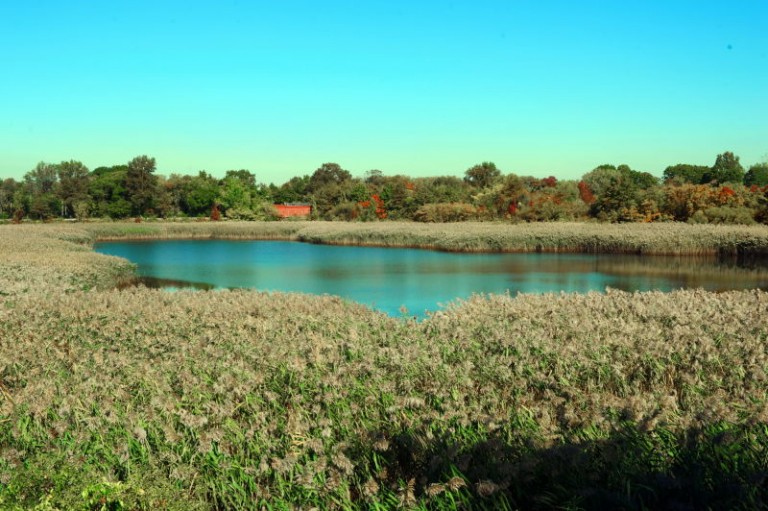 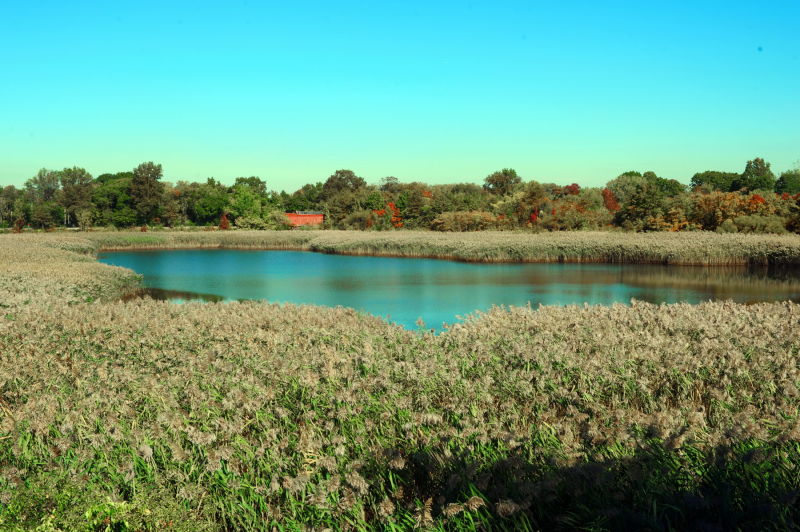 Ridgewood and Glendale residents have been fighting to save the reservoir near Highland Park for months since the state set out to decommission it and breach some of its basin walls. Photo courtesy NYC Parks Department

A discussion over the Ridgewood Reservoir’s future drew close to 50 people from central Queens this week looking to check in with the state Department of Environmental Conservation.

Plans to decommission the site and breach its inner basins left most residents at the meeting with a bad taste in their mouths, arguing against any negative environmental impacts on the natural habitat.

The state Department of Environmental Conservation (DEC) and city Department of Parks and Recreation (DPR) fielded questions about the decommissioning process and why the state was requiring the city to build culverts through the walls of the old water basins as a protection against flooding or a major storm. Joelle Byrer, DPR leader for Queens’s capital projects, said the installation of culverts, a breach off Vermont Place and the removal of over 470 invasive species of trees are necessary to carry out this $6 million plan.

“We are planning to plant over 500 new trees and the breaching will not disturb the ecology in the reservoir,” Byrer said. Residents were not impressed.

Community leaders said they felt the opposite way, arguing that ecological balance cannot be maintained so long as natural habitats are being uprooted and destroyed. 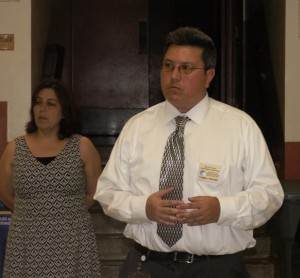 “I am questioning this plan about the necessity of culverts,” Community Board 5 District Manager Gary Giordano said. “Will we ever have six feet of water to accumulate in the basins? It’s unlikely. Also, there are over 150 bird species, turtles, opossums and raccoons at the reservoir. Can they take the disruption of their habitat?”

Ridgewood Resident Thomas Dowd said the history and beauty of the reservoir needed to be preserved to make right on past mistakes.

“As the city began walking away from the Ridgewood Reservoir, nature began to take it back,” Dowd said. “In a misguided attempt to prevent West Nile disease, much of the water was taken out of the basins. Only basin number two continues to have a beautiful little lake.”

The city and state reps, including Jonna Carmona-Graf, chief of capital management with NYCPRD, argued the Reservoir would be preserved and not turned into a sports facility, despite residents’ worries of the contrary.

“The hydrology in the area will not change due to the breach,” said Thomas Panzone, DEC regional citizen participation specialist. “It is an important habitat to birds and the decommissioning of the dam will not change that.”

The 62-acre reservoir was a source of water for Brooklyn residents from 1858 to 1959 and was decommissioned in 1990 before evolving into wetlands, meadows and forests. Giordano said roughly 85 percent of the large reservoir resided within the borough of Queens.

The city recently completed $6.92 million worth of work at the site and nearby Highland Park installing new fencing around the perimeter, new lighting, resurfacing its pathway and installing handicapped access. City officials also celebrated a ribbon cutting there in October to mark what they said would become a destination in the borough.