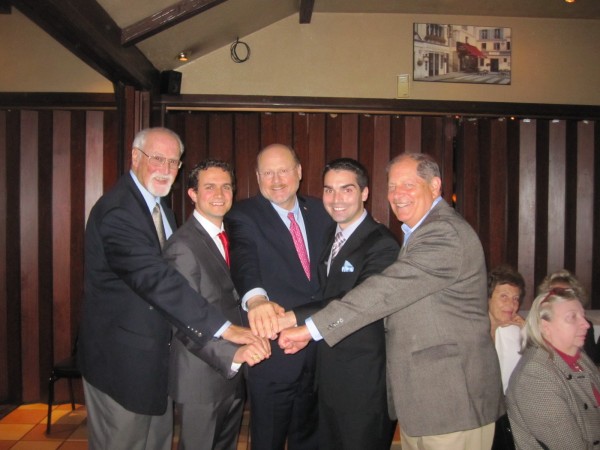 State Sen. Joseph Addabbo may have a Republican challenger later this year.

Though he has yet to file a campaign committee with the state Board of Elections, Ognibene still has until July 10 to submit petitions in time for the Sept. 9 primary, the BOE said. If he does end up filing, the Senate run would be his latest run for public office since 2010, when he lost his run for lieutenant governor as a running mate for Carl Paladino. He also tried to win back his Council seat in 2009 before ultimately losing to City Councilwoman Elizabeth Crowley (D-Maspeth).

Addabbo did not comment on the possibility of having Ognibene as a Republican challenger come November.

Ognibene, an attorney from Middle Village, represented communities in central Queens from 1992 to 2001 as a member of the City council. His name first started showing up on petitions over recent weeks, just as the Queens Republican Party met in Forest Hills to discuss ways to get more candidates into public office.

Robert Hornak, a leader within the Queens Republican Party, said different factions within the party were working to find a common ground to ensure more of its members make it into public office. The party has been riddled by a divisive split for years, with names like Ognibene’s and City Councilman Eric Ulrich (R-Ozone Park) on one side and late GOP leader Phil Ragusa on the other, who died late last month after a short battle with Leukemia.

If he does file his petitions by the July 10 deadline, the BOE would then take several days to mull over signatures and make sure they come from the southern Queens district, a rep said. He would have until July 14 to opt out of a Sept. 9 primary or until July 18 to pass the baton to another candidate, the BOE said.