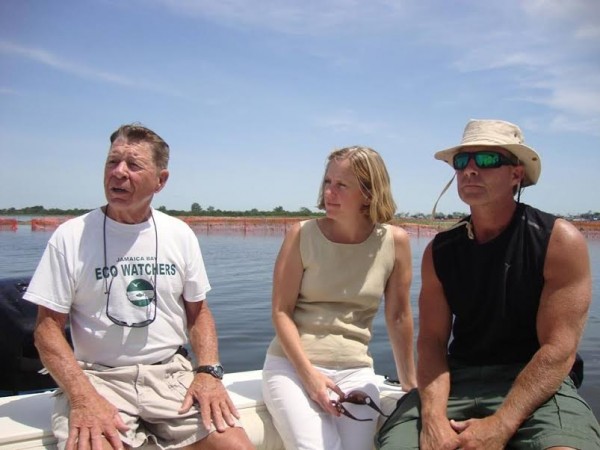 Sunset Cove and other projects in Jamaica Bay received a total of $10 million in federal funding to help them stay strong against future storms and build a natural habitat, the U.S Secretary of the Interior Sally Jewell announced.

The cove is among 54 sites along the Atlantic Coast slated to get a cut of $102.7 million in matching federal grants to fund science-based ideas to restore wetlands and other natural habitats. The intention of the money, Jewell said, is to help it better manage storm water using green infrastructure so devastation like what happened during Sandy will not happen again.

“Together with our partners, we are stabilizing beaches, restoring wetlands, and improving the hydrology of coastal areas, both protecting local residents from the next big storm while creating jobs and restoring habitat for wildlife,” Jewell said in a statement.

The project boasts five acres of wetland and seven acres of upland habitat in southern Broad Channel to enhance water quality and improve public recreation access. Another $1 million will be put toward a $1.3 million project to develop a healthy and self-sustaining oyster population in Jamaica Bay, Jewell said.

Projects under the grant program will also provide an economic boost, creating hundreds of jobs in local communities. Many projects will place special emphasis on engaging kids and veterans.

Queens Borough President Melinda Katz teamed up with the Jamaica Bay Ecowatchers on July 18 on a boat tour of the bay to observe restoration projects taking place on the marshlands in the areas of Broad Channel. Ecowatchers co-founders Dan Mundy Sr. and Dan Mundy Jr. updated Katz on wetlands restoration efforts, including the project at Sunset Cove.

“Projects like the Sunset Cove restoration are ecologically sound and play an important role in protecting the communities along Jamaica Bay against hurricanes and other serious weather events,” a spokesperson for Katz said.

The National Fish and Wildlife Foundation, which administers the grant program, helped guide the process that led to the Interior’s selection of the 54 projects out of 375 proposals submitted after Jewell announced the availability of the grants in October 2013. The majority of the projects are in areas that were heaviest hit by Sandy, including 24 projects in New York and New Jersey will receive nearly $50.

Other projects in the city include restoring the Bronx River Shoreline at Starlight Park, restoring Spring Creek Park’s salt marsh and upland habitat and improving the Harlem River’s water quality and resiliency through stream day lighting.

“The grants announced today are in many ways symbolic of the core mission of the National Fish and Wildlife Foundation,” said Jeff Trandahl, executive director and CEO of NFWF. “They address current challenges, but at the same time, they lay the groundwork for addressing community needs and advancing long-term conservation of critical habitat and species.”