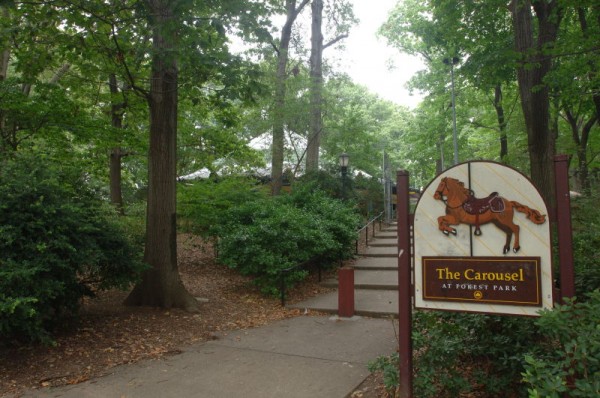 Police are investigating why a big bag of needles was found in Forest Park. Photo courtesy NYC Parks

A gigantic bag of hypodermic needles was recovered in Forest Park last Thursday while Parks Department officials were perusing the area for cleaning, the agency said.

The total came out to 868 needles, all of which appeared to be used, sitting in a a bag spotted underneath a guardrail near Park Lane South and 112th Street in Richmond Hill last week, the Parks Department said. Workers were cleaning the surrounding region when one official spotted the bag and called the police to have them remove the bag.
There were no reports of injuries or anyone other than Parks workers coming in contact with the bag of needles, officials said. They were later disposed of properly after the agency notified the police, the Parks Department said.
A spokesman for the city Police Department said officers were investigating the origin of the needles and whether or not they were in fact used needles.
State Assemblyman Mike Miller (D-Woodhaven) and state Sen. Joseph Addabbo (D-Howard Beach) helped secure $250,000 to install security cameras throughout the park late last year after a rash of incidents there, including two stun gun rapes, and said he was working with the NYPD to establish the most effective spots to put such cameras.
Cameras have already been installed in parts of the park, but the spot where the needles were found was not caught on camera, the Parks Department said.

Police were searching for a stun-gun wielding man around the park in August of last year, who they said raped an elderly jogger in the section of the park near 72nd Street and Union Turnpike. Police said they believed the same attacker was linked to at least five other sexual assaults in the area since 2011 – including attempting to rape a 13-year-old girl walking near Park Lane South and Myrtle Avenue.

That attacker was described as a white man between the ages of 30- and 40-years-old, stands at about 5-foot-10, and has a thin build and short hair, according to police. He remained at large.