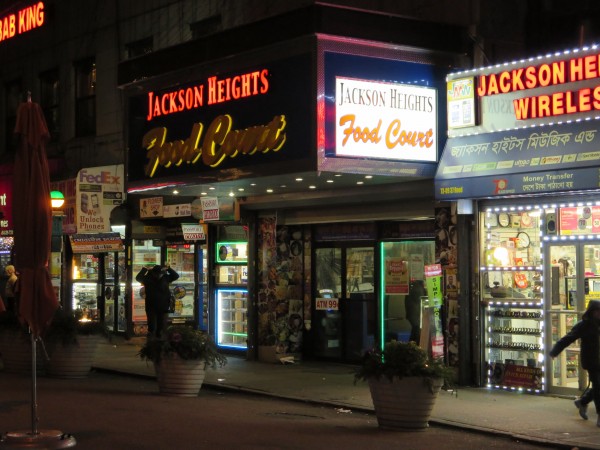 Diverse borough destinations such as Jackson Heights are just one reason why Queens recently was named the top travel spot in the U.S. by The Lonely Planet. Photo By Alan Krawitz

“We’ve had our eye on Queens for a while and have watched it become an exciting destination for travelers,” said Rana Friedman, who heads marketing for the Oakland, Calif.-based Lonely Planet.

“Queens’ neighborhoods can be explored for days on end and the borough is one of the most diverse cities in the United States, which is reflected in its dining, shops, art and street life,” Friedman added.

In selecting the borough as the country’s top travel pick, LP singled out a variety of new boutique hotels and upmarket hostels, pulling travelers from Manhattan as well as a slew of new restaurants, microbreweries, galleries and bars, in addition to Queens’ treasures including MoMA PS1, the Museum of the Moving Image and the Queens Museum.

Elected officials, among other luminaries, were thrilled that Queens is finally getting its due. Borough President Melinda Katz was no exception.

“Queens is hot and on the move, and we’re thrilled by the growing attention and interest that the rest of the world has in this borough,” Katz said, calling the borough a “top destination of choice for people from around the globe to live, work and play.”

Elaborating on the borough’s famed diversity, Katz also pointed out that Queens is home to people from more than 120 countries, speaking 135-plus languages.

Rob McKay, director of marketing and tourism for the Queens Economic Development Corporation, said that the borough now boasts 100 hotels, including about 25 in Long Island City alone, adding that people understand that “we have great places to stay with cheap prices, all the luxuries and great proximity to Manhattan and the two big airports.”

“When The Lonely Planet Tour Guide named Queens the ‘Best U.S. Destination for 2015,’ they told us something we already knew—that we live in the best borough of the city!” he exclaimed.

Addabbo Jr. added that when the guide named Rockaway Beach the best of New York beaches, it again confirmed what borough residents have known all along.

Some local residents were pleasantly surprised by the news.

“That kind of surprised me a little bit,” said Jonathan Lovoi, a 25-year-old university research assistant from East Elmhurst.

“Queens usually is the middle child of the boroughs and you wouldn’t normally think of it as a top tourist destination, but there is lots of diversity here and great restaurants as a result of that diversity,” he said, describing Queens as “authentic.”

“Queens is an affordable alternative to Brooklyn and Manhattan and you get more diversity and spend less in general,” she noted.

Mohammad Choudhry, 50, who immigrated to Queens from Pakistan, called the borough “a beautiful place where all different cultures co-exist peacefully.”

Asif Khan, 32, also from Pakistan, said the borough was a great place to live and work.

“You can find anything over here. I don’t miss back home when I’m in Queens,” he noted.

As part of Queens’ designation as a top travel spot, Lonely Planet is giving away the Queens chapter from its New York City guide as a free download until Feb. 1, 2015. For the download, visit lonelyplanet.com/queens-ebook