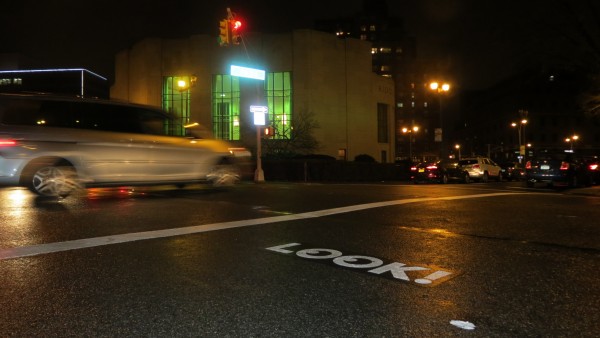 Last Friday, an elderly woman was struck by a school bus at the intersection of 108th Street and 70th Road in Forest Hills.
Forum Photo by Michael V. Cusenza

Police this week were still investigating last Friday’s hit-and-run accident in Forest Hills that left an elderly woman with severe injuries to her legs after she was hit by a school bus that kept going, according to officials and published reports.

The 85-year-old woman was struck around 1 p.m. while standing in a crosswalk at the intersection of 108th Street and 70th Road, near Queens Boulevard. Investigators have reportedly indicated that the driver of the school bus might not have even realized that someone was hit.

With about a week left in 2014, 209 people have been killed and 36,461 have been injured in automobile accidents in the city this year. Of those fatalities, 101 were pedestrians; and there have been 8,602 pedestrian injuries this year.

Earlier this year, Mayor Bill de Blasio established the Vision Zero initiative, a broad strategy aimed at reducing traffic fatalities to zero within 10 years. According to the city Department of Health and Mental Hygiene, being struck by a car is the leading cause of injury-related death for children younger than 14, and the second leading cause of injury-related death for senior citizens.