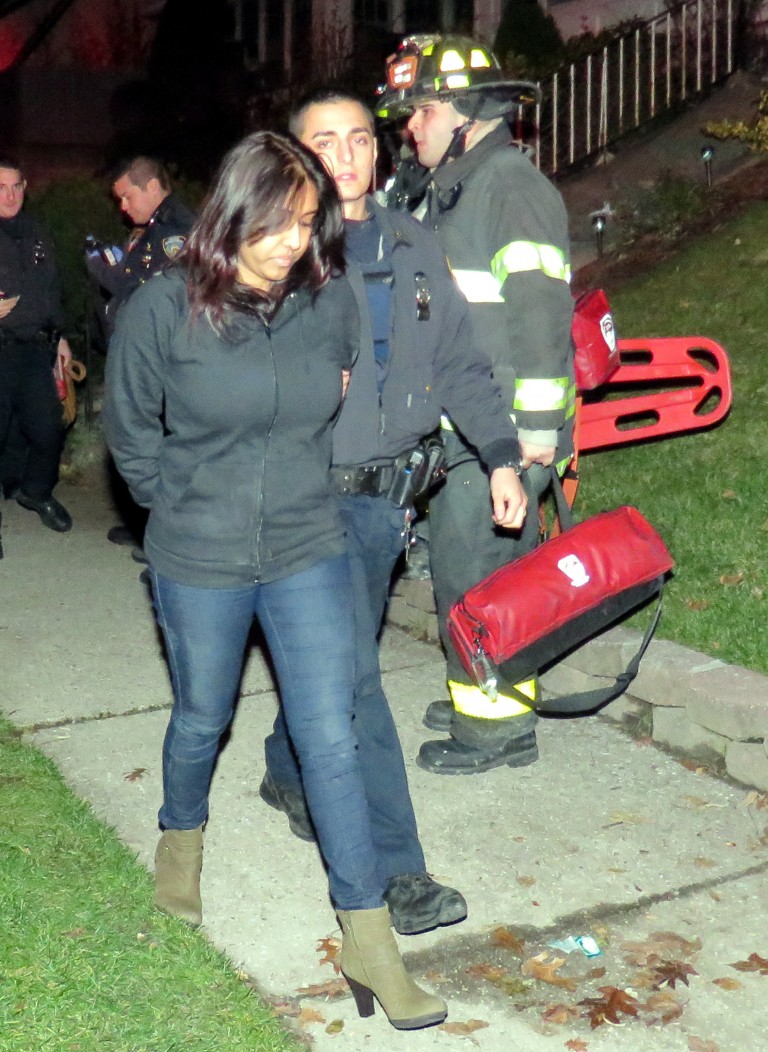 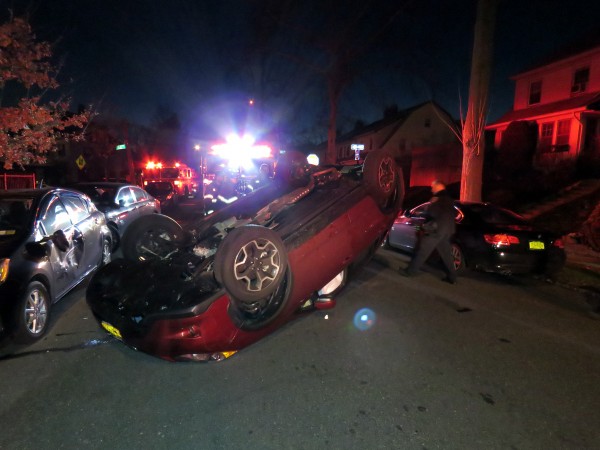 The car landed upside down, damaging other vehicles in the process.
Forum Photos by Robert Stridiron

The driver was taken into custody at the scene by 102nd Precinct officers.
Forum Photos by Robert Stridiron

A Floral Park woman last Friday night was arrested and charged with driving while intoxicated after the car she was driving allegedly collided with two parked cars, causing it to overturn and land upside down on a Richmond Hill block, according to police.

Naseeba Ramjan, 24, was taken into custody at the scene by 102nd Precinct officers. She sustained minor injuries; no one else was hurt. Ramjan, who has been charged with two misdemeanors, was released on her own recognizance and ordered to appear in court on Feb. 10.