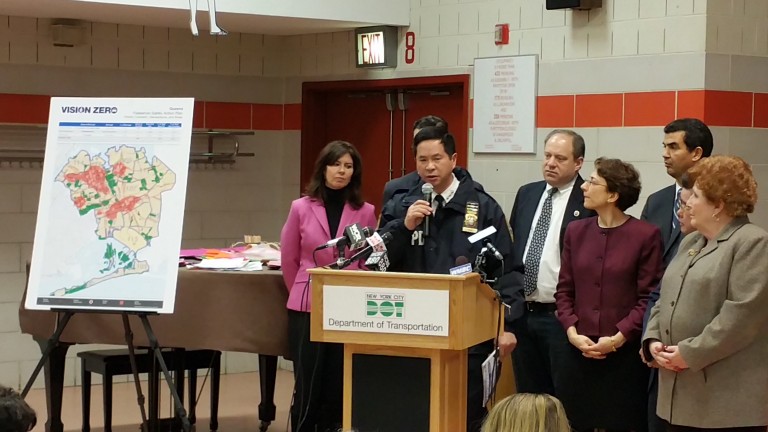 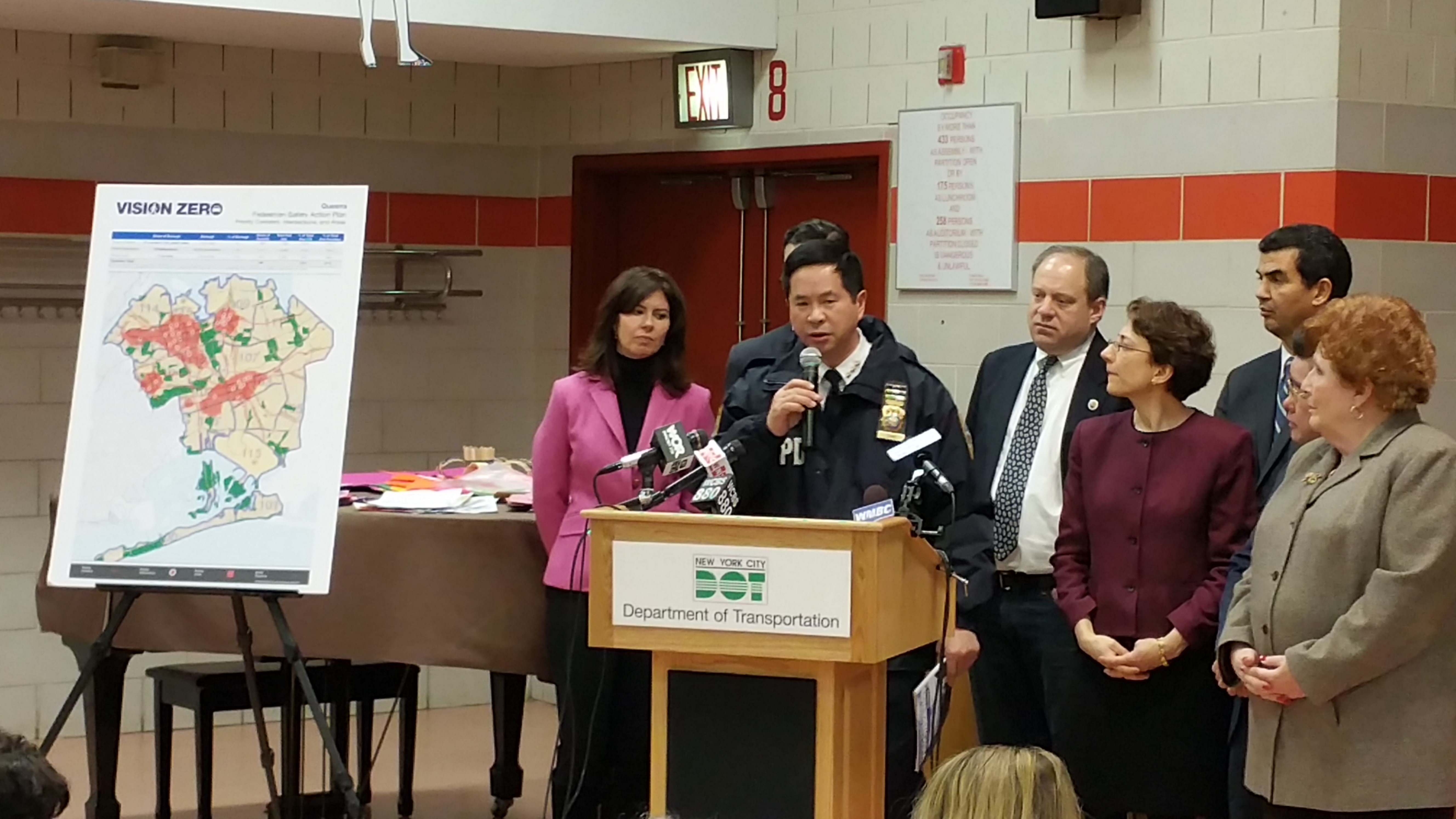 Parts of Mayor Bill de Blasio’s sweeping Vision Zero program have yet to be completed and rolled out, but on Tuesday the administration unveiled the first of five pivotal VZ pieces: the Queens Borough Pedestrian Safety Plan—characterized by the Department of Transportation and NYPD as “a major step” toward achieving zero traffic fatalities on city streets.

The Borough Plans are one of 63 VZ initiatives announced last year, and were developed by integrating detailed crash analysis with input from 28 town halls and public workshops, including over 10,000 comments submitted by residents of Queens, Manhattan, Brooklyn, the Bronx and Staten Island.

The analysis and input resulted in the identification of Queens’ most dangerous corridors, intersections, and areas, which are identified in the plan’s Priority Map.

The announcement was held at Hammond Public School 82 in Jamaica, not far from the intersection of Metropolitan and Hillside avenues, the location of a major redesign project scheduled for implementation later this year. Both Hillside Avenue and Metropolitan Avenue are identified in the plan as “Priority Corridors,” meaning that they have historically had high rates of death and severe injury to pedestrians.

All five of the Action Plans are comprised of three components: Engineering and Planning; Enforcement; and Education and Awareness. According to DOT, Queens’ Priority Map will serve as a guide for the agency, the Police Department and others to systematically address streets which show high rates of fatalities and serious crashes.

City Councilman Rory Lancman (D-Hillcrest) applauded the work of DOT, saying they have approached the issue “as visionaries, but not as zealots,” building on a data-driven collaborative process that also relies on dialog with communities.

“This is going to make a real difference,” he said of the plan.

In Vision Zero’s first year, pedestrian fatalities fell to 134, the lowest level since 1910, and overall traffic fatalities were down by 15 percent from 2013.

“New Yorkers lives have been saved by the work of DOT and the enforcement of NYPD,” Councilwoman Elizabeth Crowley (D-Glendale) said on Tuesday.

And in order to continue to drive those numbers down, especially in Queens, DOT Commissioner Polly Trottenberg said it will take a unified effort.

“Everyone has a responsibility under Vision Zero,” she noted.