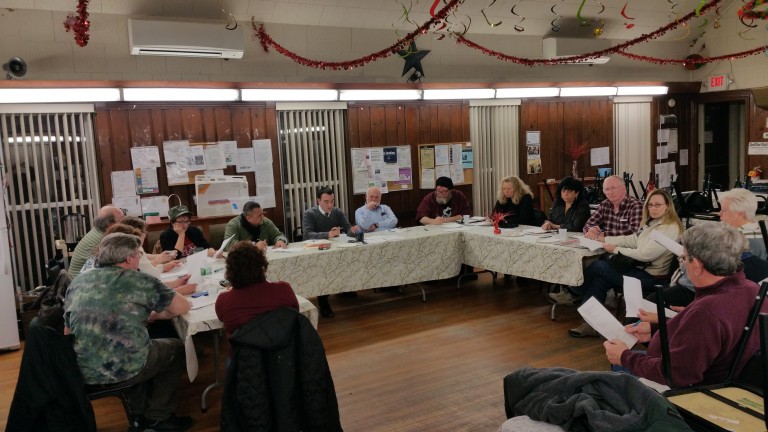 Participatory Budget Delegates, City Council staff and civic leaders in Woodhaven and Rockaway Park last week pared down the items which will appear on the ballot next month and developed voting-outreach strategies for Council District 32.

Convened by City Councilman Eric Ulrich (R-Ozone Park), the two PB sessions—one on the mainland, one on the peninsula—brought stakeholders together to discuss proposed capital projects for the Fiscal Year 2016 ballot.

Some of the ideas that emerged from last Thursday evening’s meeting at the American Legion Woodhaven Post 118 included technology upgrades at Public Schools 66, 90, 97 and 306; renovation of the auditorium at PS 64; various safety improvements and the development of a Sept. 11 memorial at Forest Park; improvements at Equity Park in Woodhaven; the refurbishment of Lt. Clinton Whiting Square; the beautification of Woodhaven Boulevard; the installation of security cameras at the Woodhaven, Richmond Hill and Ozone Park branches of the Queens Library; street repaving; and real-time bus clocks.

This is the fourth consecutive year that Ulrich has let constituents decide how to spend $2 million of taxpayer money on district capital needs. Ulrich was one of the initial four council members to implement PB in 2011.

The voting period is April 7 through April 30. Residents of CD 32 that are 14 and older are eligible to cast a ballot.

At the Woodhaven meeting, delegates outlined various ways to get the electorate involved.

“We’ll set up a table by the train-station steps,” said Ed Wendell, PB delegate and member of the Woodhaven Residents’ Block Association. “We want to hit them as they’re coming home—hand them a ballot on the spot.”

WRBA President Martin Colberg added, “These are the people that we’re trying to target. Our meetings are when they’re working.”

Wendell was also adamant about reaching out to CD 32 seniors.