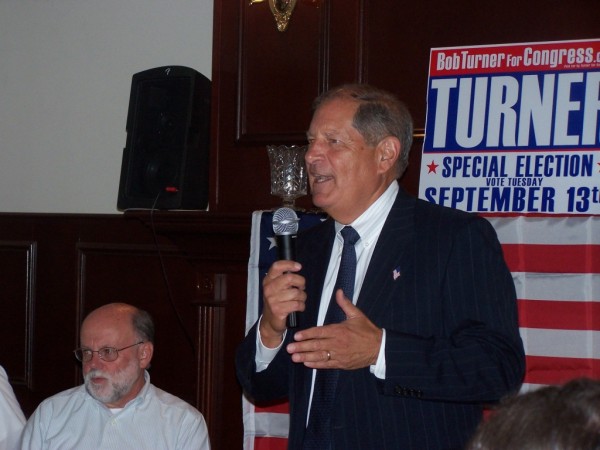 Bob Turner is set to be the next chairman of the Queens County Republican Party. File Photo

Former U.S. Rep. Bob Turner will be named the next chairman of the Queens County Republican Party, according to a published report and several sources.

Turner, a retired television executive and Rockaway resident who won the 2011 special election for the 9th Congressional District seat following Anthony Weiner’s resignation amid his initial sexting scandal, will formally be awarded the post by state Republican chief Ed Cox at a meeting of the QGOP executive committee this Thursday evening in Forest Hills, according to Bart Haggerty, a state GOP committeeman and district leader.

“The war is over,” Haggerty told The Forum on Monday. “This puts an end to the dispute once and for all.”

The borough party has been in turmoil and disarray over the past several years, divided into two warring factions that have been unable to see eye-to-eye over myriad issues, including leadership.

“The feud has ended,” said Pierre Alcantara, executive director of the QGOP. “Now we can focus on rebuilding the Republican Party in Queens.”

According to Haggerty and a New York Post report, a letter signed by two-thirds of the Queens GOP district leaders was recently sent to Cox asking him to help unify the party under Turner.

Alcantara said Turner was “not a hard sell for Republicans in Queens” and characterized the move as “a testament that the people of Queens had had enough,” lauding party leaders for “stepping up to the plate” and sending the missive.

Both Haggerty and Alcantara praised Turner’s track record as a “proven winner” and fundraiser in the county.

“First and foremost, Bob’s integrity is beyond reproach,” Haggerty added. “And I think that’s something we need in politics and in the Queens Republican Party.”

Haggerty later returned to what he said he felt was “really important” about Turner’s appointment.