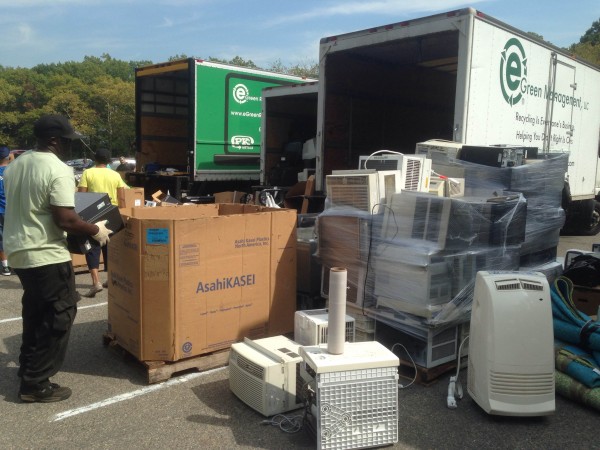 Addabbo noted that this year’s recycling events are especially important following new e-waste regulations which prohibit city residents from disposing old electronics curbside. As of April 1, property owners can be fined $100 for placing items such as computers and old televisions at the curb for pick up.