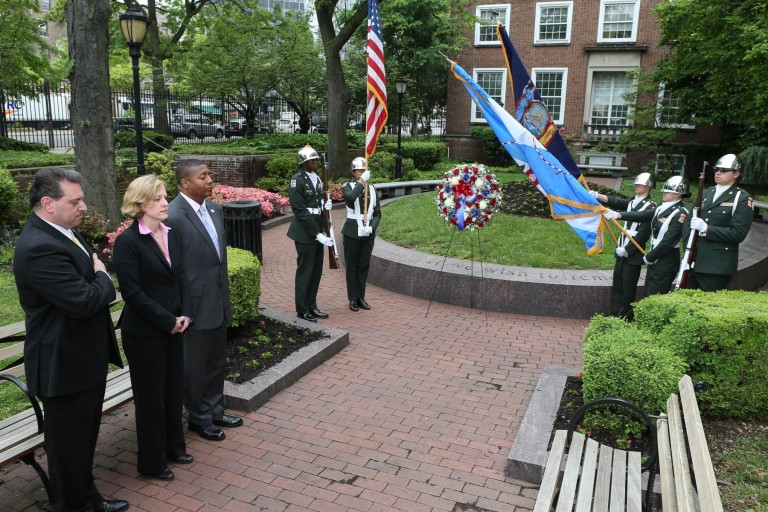 Queens Borough President Melinda Katz will host a Memorial Day Observance Ceremony on Thursday, May 21, at 11 a.m. in the Veterans Memorial Garden in front of Borough Hall.

The ceremony, Katz said, willpay tribute to current and former members of all branches of the Armed Services, and will include a wreath-placement ceremony to honor those whose lives were lost in service to the nation.

“We as Americans would not enjoy the freedom and security we do today were it not for the brave men and women who have served, and who continue to serve, with distinction in our Armed Forces,” Katz said. “It is therefore most appropriate for us to express our gratitude for their courage and sacrifice by holding this Memorial Day Observance Ceremony.”

The free event will be held rain or shine in the Garden and will be followed by an indoor reception in Borough Hall, Room 200.

Anyone wishing to attend the ceremony should RSVP to Katz’s Veteran Affairs Liaison Dan Brown at (718) 286-2853 or dbrown@queensbp.org.