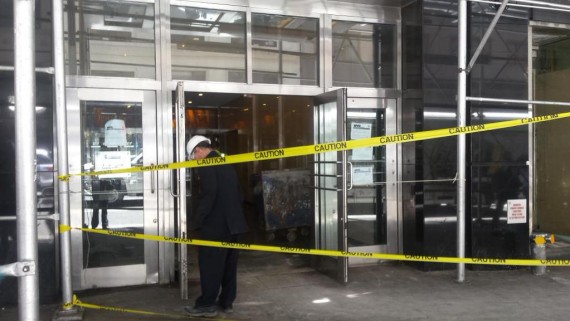 The recent death of a 22-year-old immigrant construction worker in Manhattan’s Meatpacking District may have helped to spur the city Department of Buildings to make a series of moves to try and weed out contractors in Queens and citywide who consistently rack up violations and continue to flout building regulations.

Back in April, Ecuadorian native Carlos Moncayo was killed at a construction site 9th Avenue after a trench collapsed on him. City investigators, prior to the collapse, had determined that the site was unsafe and despite numerous warnings, construction managers at the site continued to allow workers to use the trench even though it lacked proper fortification.

As a result of that accident, DOB, along with investigators from the Manhattan District Attorney’s Office, charged two construction managers—Wilmer Cueva from Sky Materials Corp. and Alfonso Prestia from Harco Consultants Corp.—with criminally negligent homicide and other charges related to the worker’s death.

In addition, the license of Kenneth Hart, CEO and founder of Harco Consultants, was suspended amidst a DOB review of the contractor’s work history, which revealed a pattern of safety and other violations on his job sites. The department found that Harco had accrued 30 violations deemed immediately hazardous to the public on nine jobs sites throughout Manhattan, Brooklyn and Queens.

In addition to the August arrests of the construction managers, all Harco sites throughout the city were issued stop work orders.

Ronald Fischetti, an attorney for Harco, told the Daily News last month, “This was tragic but we’re not responsible. There will be no settlement, no plea. This will go to trial and we expect to be vindicated.”

Calls and emails to Harco Consultants seeking comment were not returned.

Alexander Schnell, a spokesman for the DOB, said that while Hart’s license was suspended, it may be reinstated at some future date.

“Following a reinstatement, a contractor will have a probationary period under which the department can have the discretion to fully revoke his registration should he abuse the code again on a job site,” he said.

Schnell added that as part of the department’s overall efforts to better monitor contractors, the DOB is hiring nearly 100 additional enforcement inspectors to boost inspection capacity as well as the recent establishment of a Risk Management Office, which helps to identify construction professionals and buildings that present enhanced risks.

Other DOB initiatives include the hiring of additional attorneys in the Regulatory Affairs Unit to bring cases against repeat offenders; the rollout of the department’s first Industry Code of Conduct, which outlines the expectations DOB has of professionals on sites and in conducting business with the agency; and the recently enacted NYC Construction Code which includes extensive site safeguarding enhancements to protect workers and the public.

“The industry should take notice: An attitude that violations are simply the cost of doing business will no longer be tolerated. The department will be seeking to suspend or revoke licenses for those that repeatedly refuse to abide by the law,” said Buildings Commissioner Rick Chandler.