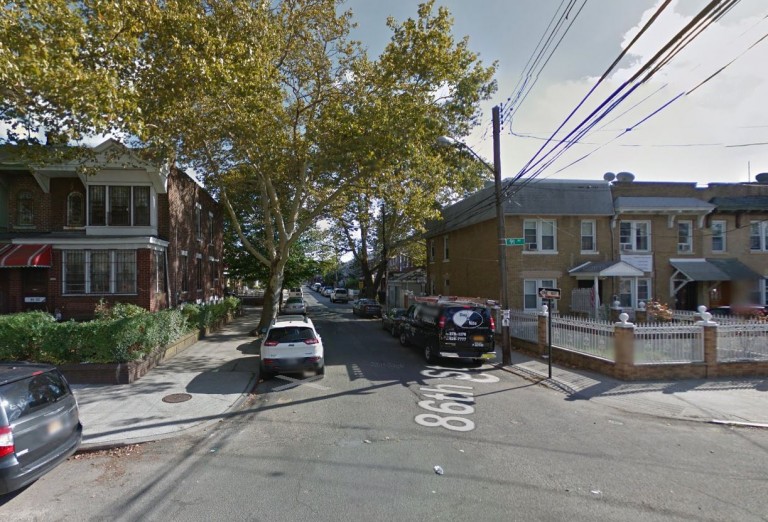 PHOTO: The beaten and strangled body of a 19-year-old woman was discovered on New Year’s Day in her apartment on 86th Street near 91st Avenue. Photo Courtesy of Google

Five days after the battered body of a 19-year-old woman was discovered in her Woodhaven apartment, Queens District Attorney Richard Brown announced that her alleged killer has been caught.

As of Wednesday evening, Fabian Maliza, 24, was awaiting arraignment on a criminal complaint charging him with second-degree murder in the death of Joceline Abigail Romo, his live-in girlfriend.

According to the criminal complaint, Maliza allegedly punched Romo in the face, head and body repeatedly inside their 86th Street apartment on Jan. 1. He also allegedly applied pressure to Romo’s neck, which caused her to stop breathing and her heart to stop beating. Romo’s lifeless body was found face-down in her bed just before 11 p.m. that night.

It marked the five boroughs’ first homicide of 2016. The city’s final murder of 2015 also occurred in Queens.

“This is a truly troubling case. A young woman is dead and her live-in boyfriend now stands accused of killing her,” Brown said. “Domestic violence is one of the most primitive and savage crimes in our society. A woman should feel safe and secure at home, but this New Year’s Day – a holiday marking the start of a new year – instead marked the end for a young woman allegedly at the hands of the man who professed to love her.”

If convicted, Maliza—who, according to Brown, is currently hospitalized—faces up to 25 years to life in prison.