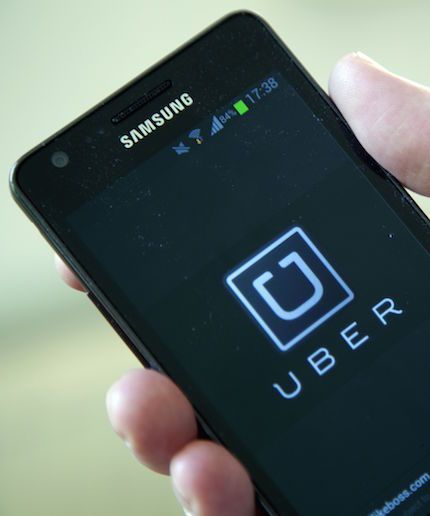 PHOTO: The City last week released a 12-page report on the impact on traffic congestion of for-hire vehicle services like Uber. Photo Courtesy of pinterest.com/ Refinery29

The City of New York has released its report on For-Hire Vehicle and Transportation.  The study, ordered this summer by Mayor Bill de Blasio and costing an approximate $2 million, was conducted by McKinsey & Co. and a former NYC transportation official to see whether Uber, Lyft, and other for-hire vehicle companies were actually contributing to the city’s traffic congestion.

Said Mayoral Spokesperson Peter Kadushin, “We are pleased to release the findings of our study and look forward to continued work with the City Council and industry partners to create comprehensive proposals to address accessibility, consumer and employee safety, mobility and securing support for our public transit system.”

Among other results, the study showed that although subway and bus trips significantly outnumber for-hire vehicle trips, for-hire vehicles provide some services that the mass transit system cannot. Many New Yorkers use for-hire vehicles when subway or bus lines are too far away from their home or destination or when mass transit is perceived as too slow or requires too long a wait. In addition to convenience and speed, passengers have the option to select for-hire vehicles for comfort, privacy, and the relative ease of transporting bulk items and packages.

In the “cons” column against Uber and the others, as e-dispatch continues to grow, the percentage of for-hire vehicles that are accessible will drop. E-dispatched cars are not accessible to many people with disabilities including vision and hearing loss, or people using non-folding wheelchairs. As more e-dispatch vehicles are added to the road, the number of accessible yellow and green taxis becomes a smaller and smaller percentage of all for-hire vehicles – even without the drop in supply of yellow and green taxi drivers that the City is beginning to experience.

Further, yellow or green cab prices are fixed and clearly displayed for the customer. A livery passenger can get a price quote from the dispatcher or driver. However, e-dispatch customers do not receive a firm fare quote in advance, an information asymmetry that can be exacerbated with so-called “surge” pricing.