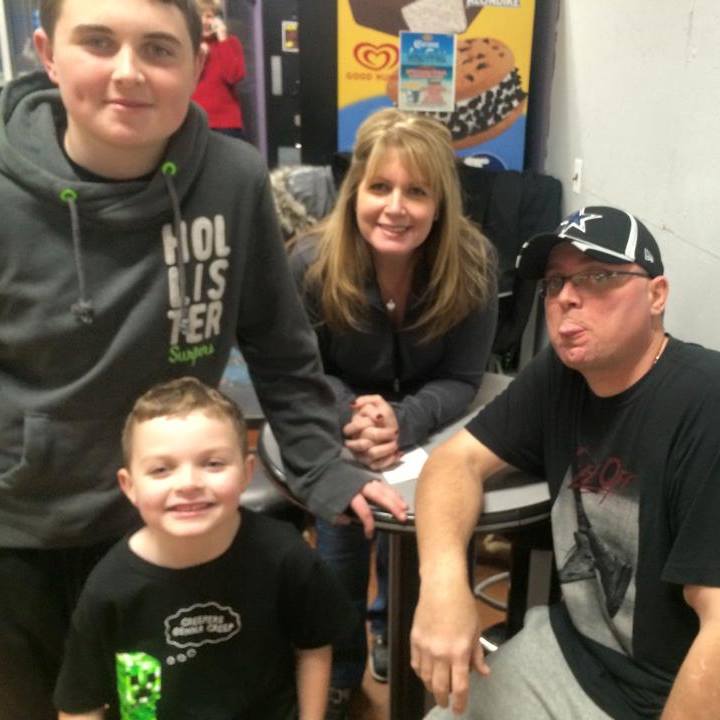 The story of Tim McCabe and family is one of those rare narratives that make you think… about patience, about perseverance, about paying it forward.

It’s also an account that teaches you about perspective.

Because after reading, or watching, or listening to the evolving tale of Tim McCabe and family, suddenly those flood waters don’t seem so high; maybe that bus lane on Cross Bay won’t actually trigger the advent of the Apocalypse; and that guy who just snaked your parking space really isn’t the Antichrist.

The saga’s latest chapter began last Thursday night when Tim and Christina, his wife of 19 years, received the call that they have been anticipating for the last seven years: We have a kidney. Get to the hospital immediately.

So they raced from their Hamilton Beach headquarters to Midtown Manhattan and NYU Langone Medical Center.

“It was a really good match and so far so good,” Christina McCabe told The Forum last Friday. “We are keeping the prayers going that it doesn’t show any signs of rejection.”

The McCabes have been down this unforgiving road. In the spring of 2004, Tim was diagnosed with Goodpasture Syndrome, an autoimmune disease in which antibodies attack the lungs and kidneys.

Amazingly, the search for a donor would end just as soon as it began. Christina was a perfect match.

“I felt proud that I was going to be able to help my soul mate, the love of my life, and still be alive to see it,” she recalled in a November 2014 interview with The Forum.

However, not even two months after the April surgery, Tim’s body began rejecting his new organ. Doctors were able to get the kidney functioning again, but on April 27, 2009, five years to the day of his transplant surgery, Tim’s health nosedived as the host—again—rejected its guest. He would have to return to full-time dialysis; and his name was added to the transplant rolls in New York and New Jersey, where it has been for the last seven years.

Tim McCabe returned to his First Street home, to his doting wife and sons, Timmy III and Ryan, on Tuesday. Christina said that for now her husband must continue daily dialysis, just until “the kidney gets going” and acclimated to its new environs.

So, a Queens community keeps its collective fingers crossed.

“Even though our fight is over for now, I feel it’s time to fight for someone else,” Christina McCabe said. “I have to get involved somehow in pushing for organ donation.”

All she has to do is tell a story.