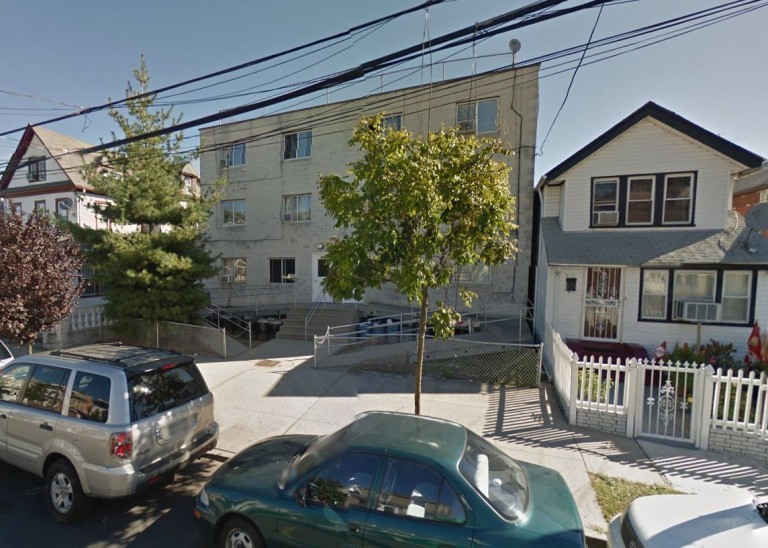 PHOTO:  A Jamaica man has pleaded guilty to abusing his pit bull-mix puppy, at times even outside his 179th Place residence. File Photo

“The defendant has admitted to brutalizing a tiny puppy so much so that people who observed the defendant walking the dog in the neighborhood called authorities to report the abuse. As a result, the defendant will be banned from possessing any animal in the foreseeable future and the little dog is now safe and protected,” said Queens District Attorney Richard Brown.

Eric Ranger (a.k.a. “E-Bone”), 26, pleaded guilty this week to a charge of misdemeanor animal cruelty and was immediately sentenced to a conditional discharge with the following terms: Ranger is banned from owning an animal for five years and he must register with the city Department of Health as an animal abuser. The registration will prevent city shelters, rescue groups and/or pet stores from permitting the defendant to purchase or adopt a pet.

According to the charges, two different eyewitnesses reported seeing a dark-skinned male with dreadlocks, known as “E-Bone” in the neighborhood, walking what appeared to be a small, dark pit bull mix off-leash. The defendant was seen punching, choking, and kicking the dog between Nov. 17 and Dec. 23 of last year. One of the eyewitnesses stated that later the same afternoon the dog could be heard crying and yelping inside the stairwell of Ranger’s residence. Police reviewed a video made in the third floor hallway at the time of the incident and allegedly did observe Ranger punching and kicking the same small dog.

On Dec. 17, the defendant was seen on video carrying the dog up three flights of stairs by his collar which was around the dog’s neck. In an earlier incident, Ranger had stated that he was trying to set the dog straight. On Dec. 23, when police executed a court-authorized search warrant of Ranger’s Jamaica home, the dog was housed in an upside-down milk crate weighed down with two cases of soda. The dog was compressed inside the milk crate and there was barely any wiggle room for the dog to move at all.

The puppy was surrendered to the ASPCA and is now living in a new home and thriving, Brown said.