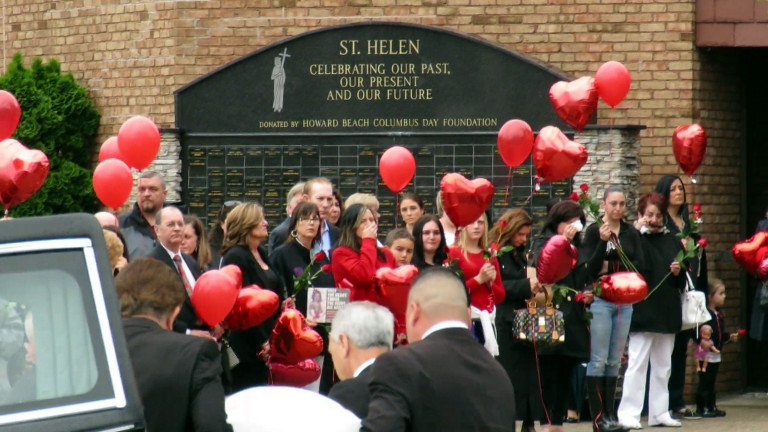 It’s been a year since she finally let go. Twelve months since the tenacious toddler let go of her mother’s hand and broke her heart in a hospital room in Philadelphia. Fifty-two weeks since the moment the big hand on the clock hit 7, when Valentina Marie Allen was beckoned back Home, as her mom has always called Heaven.

The culprit: a rare and complex congenital defect in which the left side of the heart is critically underdeveloped; since it cannot effectively pump blood to the body, the right side of the heart must pull double duty and pump blood both to the lungs and to the rest of the body. On May 12, 2015, Valentina’s heart could take no more.

She was 2 years old. 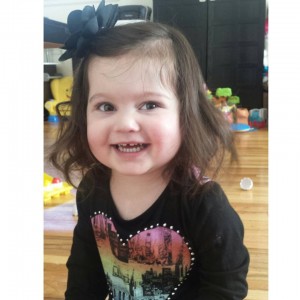 And so Valentina’s native community will come together on Thursday afternoon to mark the one-year anniversary of the passing of the cherubic patron saint of Howard Beach. The community will coalesce, like it has on so many occasions these last 12 months, around parents Ryan and Danielle Allen, and big sister Victoria.

“I can’t believe it’s been a year,” Danielle said. “It feels like yesterday, but an eternity at the same time. It’s been very hard. We got through the first of all of the holidays, which was hard. It is beautiful though, how bows and ribbons are still hung up a year later and how people wear their shirts still with pride.”

Danielle also marveled at the impact her Bundle of Brave has had on southern Queens.

“I love that people still want to support her and come to her events,” she said. “I feel it’s easy to get behind a little girl who’s still fighting, but the fact that people are behind her and supporting her hospital even though she’s gone, is just amazing. We are so thankful!”

The many fundraisers organized over the past year in Valentina’s name have helped to raise awareness of hypoplastic left heart syndrome and hundreds of thousands of dollars for the Children’s Hospital of Philadelphia.

The events have helped Ryan and Danielle get through the past 366 days. But it’s the rare moments of solitude, when she’s alone with her thoughts, that seem to be the most daunting.

She longs for her little girl.

“We miss everything about her little face; big, feisty personality; ability to destroy my house in the first five minutes she was up. We miss our girls playing together, fighting over toys, waking each other up, and their wagon rides,” Danielle reminisced. “We talk about what she would be like: Would she have been speaking? How long her hair would be, would she be in school – all of those things you never thought you’d be asking yourself…”

It’s been a year since she left. It makes you think.

Never forget to hug your loved ones.

Never forget the little girl from Howard Beach who died teaching the rest of us how to live.