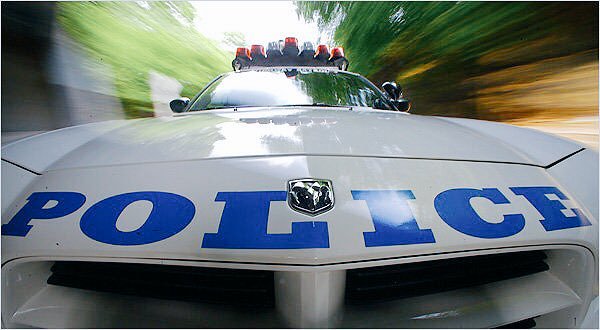 Major crime in the 106th Precinct continues to trend down, the south Queens command’s top cop said this week, as the Police Department gears up for the busy summer months.

“As far as the precinct goes, we are doing well,” Capt. James Fey assured the crowd gathered at St. Helen Catholic Academy on Tuesday evening for the Howard Beach-Lindenwood Civic Meeting.

Compared to the same 28-day period last year, overall crime is down 12 percent in the 106. Burglary and grand larceny were the only two categories to see an increase over the last 28 days – up 53 percent and 12 percent, respectively.

Though grand larceny auto is down in both the 28-day (-42 percent) and year-to-date (-59 percent), Fey cautioned motorists that drive late model Hondas or Infinitis that these are the favorite cars of seasoned thieves.

Speaking of thieves, Fey said his officers recently were able to round up a band of burglars that had been pilfering power tools from area garages and sheds. Each had a lengthy rap sheet, according to Fey, and the so-called ringleader was responsible for casing target residences and later directing subordinates to places teeming with construction tools primed for reselling on the black market.

Fey also talked a bit about the Mother’s Day shooting – the only shooting the 106 has recorded over the last 28 days – in which a Catholic priest was struck by a stray bullet.

Fr. Ekete was on 134th Avenue and Rockaway Boulevard shortly after midnight on May 8 waiting for a cab to take him home to the Bronx when he was shot in the right arm. He was treated at Jamaica Hospital Medical Center and later released.

“We’ve had a gang issue in South Ozone Park,” Fey said. “But we’ve had a lot of resources there since [the incident] and haven’t seen any more gun violence.”