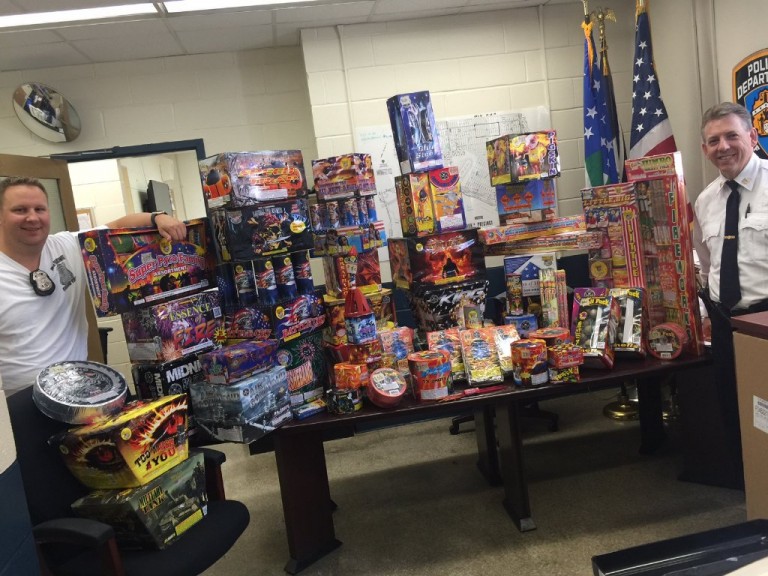 Less than a week before the Fourth of July holiday, police arrested a South Ozone Park man for allegedly peddling fireworks out of a home on 118th Street.

Kevin Isuardeen, 21, was taken into custody last Wednesday afternoon following an investigation that led Sgt. Joseph Muir and Det. Nathaniel Tauber to the residence, where they “observed a quantity of illegal fireworks in plain view.”

A search turned up “a greater quantity of illegal fireworks,” according to investigators, including four multi-shot missiles, two packs of Roman candles, three variety packs, seven rolls of firecrackers, three packs of mortars, and 26 multi-shot fireworks.

Isuardeen was charged with unlawful sale of fireworks.

“When it comes to fireworks,” the 106th Precinct posted to its official Twitter page, “we have a short fuse!”

Last summer, the command’s Special Operations officers executed a search warrant at an Ozone Park garage and discovered 110 cases of fireworks valued at more than $100,000.