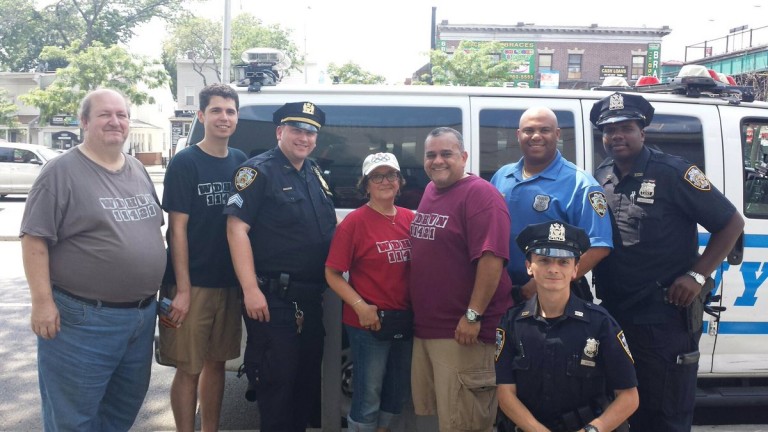 “The de Blasio administration is planning dramatic changes that will ruin Woodhaven and Cross Bay boulevards,” they wrote on a flyer promoting the event.

The proposed SBS path is based on the existing Q52/53 bus route – a vital north/south thoroughfare carrying over 30,000 daily bus riders in the World’s Borough, along with heavy traffic volumes.

“South Queens is in danger of cardiac arrest because its main artery is clogged,” said Mike Scala, first vice president of the Queens Public Transit Committee.

“The corridor is served by several local, limited, and express bus routes,” the DOT has said. “Many travelers use these routes to connect to intersecting subway services in addition to going directly to businesses and schools along the corridor; however, the bus service is not as effective as it could be, as buses can be caught in congestion and the layout of the street makes bus stops difficult to reach for neighborhood residents.”

However, SBS project concerns include the removal of a lane of traffic on both sides of the boulevards, banning left-hand turns at certain intersections, and the addition of bus stops to medians.

“We want the de Blasio administration to know how unwanted the SBS plan is,” said Alex Blenkinsopp in the days leading up to the rally. “We want to educate the many people who are unaware of this plan and allow them to register their opposition. And ultimately, we want DOT and MTA to wake up and scrap this proposal, replacing it with something that actually accounts for the community’s concerns and needs.”