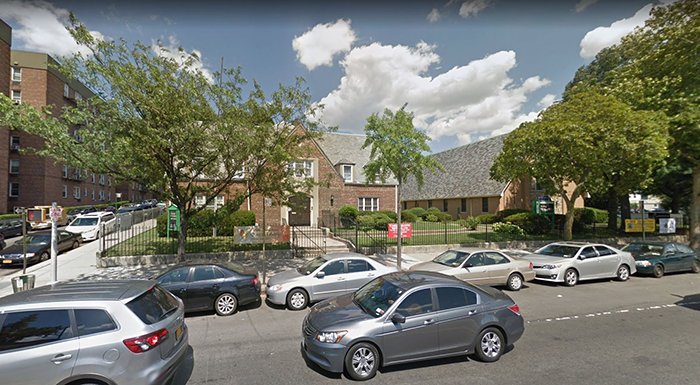 By Forum Staff
A 24-year-old homeless man has pleaded guilty to burglary as a hate crime and other charges for a spree of break-ins at four houses of worship in Queens County earlier this year. Joseph Woznik took cash, checks and damaged various items belonging to the religious institutions, which are located in the Flushing, Woodside and Elmhurst neighborhoods of Queens.
District Attorney Brown said, “In pleading guilty, the defendant has admitted he acted with hatred for God when he brazenly broke into the houses of worship. The defendant sought to enrich himself as well as to strike vengeance on God by stealing from the religious institutions. As a result of these criminal acts, the defendant will go to prison.”
Woznik, plead guilty to third-degree burglary as a hate crime, fourth-degree criminal possession of stolen property and second-degree bail jumping in regards to an outstanding warrant issued for him in Florida in 2016 on burglary, grand theft and criminal mischief charges.
Queens Supreme Court Justice Barry A. Kron set sentencing for October 13, 2017. At that time, Woznik faces 1 1/2 to 4 1/2 years in prison.
Between March 21, 2017, and April 10, 2017, Woznik broke into four different houses of worship: the Bangladesh Hindu Mandir Temple in Flushing, Blessed Virgin MaryHelp of Christians (St. Mary’s of Winfield) in Woodside, St. Mary’s Romanian Orthodox Church in Elmhurst and St. James Episcopal Church in Flushing, which was burglarized a total of three times.
According to the charges, an employee at Bangladesh Hindu Mandir Temple arrived at the building on March 21, 2017, and observed that three donation boxes had been forced open and that all the cash inside was missing. Latent fingerprints lifted from the donation boxes were a match for Woznik’s .
Authorities report that St. James Episcopal Church, was burglarized three times. On March 24, 2017, the church office door had been pried open and approximately $1,600 in cash was taken. On April 3, 2017, the defendant gained entry again into the St. James Episcopal Church, and again the office door was forced open and the room ransacked. This time a digital camera belonging to the church was taken. The final break-in at this religious institution occurred on April 10, 2017, when a priest spotted broken glass on the floor of the church. The same office door was pried open and three checks from the church’s checkbook were taken.
At the time of the defendant’s arrest, two checks from the church were in his possession, along with a receipt from a pawn shop, which indicated a digital camera had been pawned.
A board member of St. Mary’s Romanian Orthodox Church went to the site on April 10, 2017, and observed that a window was broken.
Upon his arrest, Woznik admitted that when the alarm went off in the church he ran from the location.
District Attorney Brown also noted that a priest at Blessed Virgin Mary Help of Christians (St. Mary’s of Winfield) went to the church on April 10, 2017, and observed that a window on the church office door was broken and the office ransacked. A donation box had pry marks on it and a hammer was observed on the floor near the donation box. A review of video surveillance footage showed a man, identified as Woznik, being inside the church and walking around the chapel and using a hammer to pry open the donation box. Woznik also admitted to removing twenty dollars from underneath a statue of the Virgin Mary.
When Woznik was arrested, he stated “I’m mad at God. I don’t like church no more. I don’t want to deal with religion. I’m sick and tired of hearing about religion. I don’t break into houses, only churches. I break in to get back at God.”