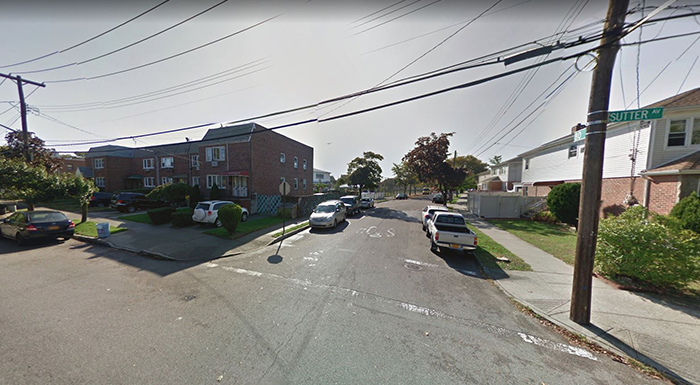 Xylique Lovelace-Loney was killed when two cars collided Sunday night at the intersection of Sutter Avenue and 80th Street.

An 18-year-old man was killed and another young man was injured late Saturday night in a two-vehicle crash at an infamous Ozone Park intersection, according to police and published reports.

Xylique Lovelace-Loney was driving eastbound on Sutter Avenue shortly after 10 p.m. when his car collided with an auto heading northbound on 80th Street, cops said. The jarring impact sent both vehicles into parked cars.

After firefighters cut Lovelace-Loney out of his sedan, emergency medical service personnel rushed him to Jamaica Hospital Medical Center, where he later died. The other driver, 21, suffered minor injuries.

Residents who live near the crash site said the intersection is notoriously dangerous.

“There’s been so many accidents here. I don’t even let the kids play out in the front,” Rondel Boodram told CBS New York. “My wife has petitioned to get a four-way stop sign and nothing, so we’re hoping this tragic event helps us get a stop sign or stoplight here. It’s crazy.”

On Sunday morning, City Councilman Eric Ulrich (R-Ozone Park) called the accident “every parent’s worst nightmare,” and indicated that he would be meeting with officials from the City Department of Transportation and 106th Precinct this week “to see if there is any way to make this intersection safer.”