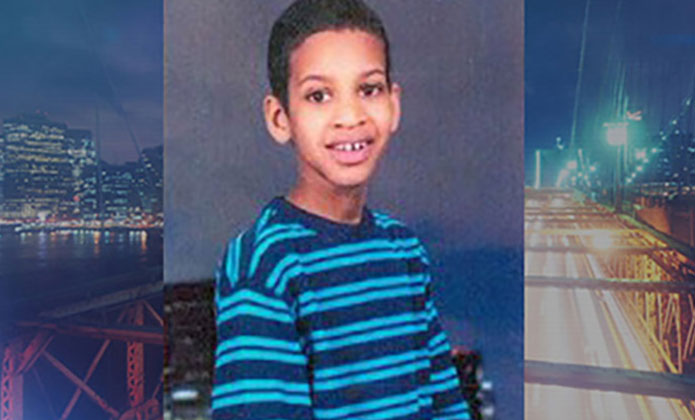 By Forum Staff
The omnibus spending bill recently unveiled in Congress includes “Kevin & Avonte’s Law” – a measure that will create and fund a program to provide voluntary tracking devices and expand support services for families who care for someone with autism, dementia, or other special needs, where “bolting,” “elopement,” or “wandering” from parents or caregivers are concerns, Senate Minority Leader Charles Schumer (D-N.Y.) announced on Thursday.
New York’s senior senator first introduced the bill in response to a fatal incident that occurred in 2013, when Avonte Oquendo, a non-verbal 14-year-old boy with autism, bolted from his Long Island City school. His remains washed up on a College Point shoreline three months later. Law-enforcement officials concluded that Avonte had fallen into the East River and drowned.
Schumer said that preventing wandering-related tragedies is near and dear to his heart and passage of the bill will help Avonte’s memory live on, while helping to prevent any more children with autism from going missing.
“Kevin & Avonte’s Law of 2018” reauthorizes and expands the existing Missing Alzheimer’s Disease Patient Alert Program to include children with a developmental disability such as autism. The new Missing Americans Alert Program will be administered by the U.S Justice Department and provides grant funding to law enforcement agencies, public safety agencies, and non-profits for wandering prevention education work, as well as to provide caregivers with tracking devices that they and law enforcement could use to quickly locate a missing loved one. The program will be completely voluntary for parents, and will work in conjunction with schools, local law enforcement and other entities with experience in this area, such as the National Center for Missing and Exploited Children. Schumer said that the devices could be life-saving, and an important resource for parents who want them, and that additional training for schools and law enforcement could help find wandering children and adults more quickly. The bill also establishes privacy protections to ensure that the tracking technology is used safely and the data is kept secure.
Schumer on Thursday also noted that according to a 2012 study by the American Academy of Pediatrics, almost half of children with autism have wandered from their caregivers at some point. A 2017 report by the National Autism Foundation revealed that between 2011 and 2016, nearly one-third of autistic missing-person cases resulted in death or required medical attention. According to the Autism Wandering Awareness Alerts Response and Education Collaboration and the National Autism Association, of these children, 74 percent run or wander from their own home or from someone else’s home, 40 percent run or wander from stores and 29 percent run or wander from schools. Close calls with traffic injuries were reported for 65 percent of the missing children and close calls with drowning were reported for 24 percent of the missing children.
Running and wandering in children and teens with autism takes an enormous toll on families and caregivers, Schumer said: 56 percent of parents reported running as one of the most stressful behaviors they have had to cope with as caregivers of a child with autism. And 50 percent of parents reported receiving little guidance on preventing or addressing this common behavior.