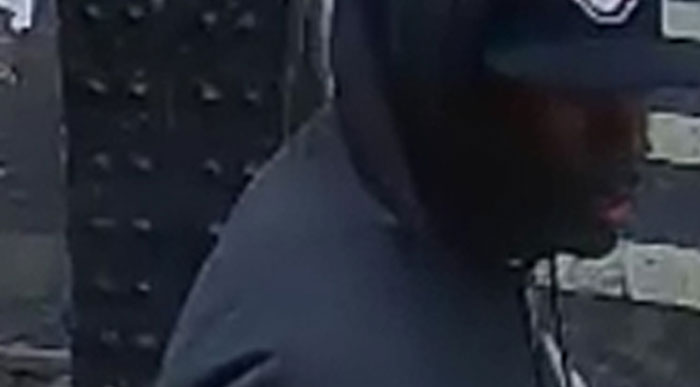 By Michael V. Cusenza
City Police investigators have reached out to the public for help in identifying a man wanted in connection with the armed robbery of an Ozone Park deli earlier this month.
According to NYPD reports, the suspect walked into the store on Cross Bay Boulevard near Liberty Avenue around 1:05 p.m. on Friday, April 6, displayed a firearm to a clerk and demanded money. The man pilfered $2,200 in cash from the employee and the register, then fled on foot northbound on Cross Bay Boulevard to parts unknown. There were no injuries to anyone inside the deli, cops said.
The individual is described as a black man, approximately 6-foot-3, 220 pounds; last seen wearing a black hooded sweatshirt, black pants, white sneakers, and a Cleveland Indians baseball hat.
Anyone with information is asked to call the NYPD’s Crime Stoppers Hotline at (800) 577-TIPS (8477) or for Spanish, (888) 57-PISTA (74782). The public can also submit info by logging onto NYPDCrimestoppers.com or by texting their tips to 274637 (CRIMES) then enter TIP577. All correspondences are strictly confidential.