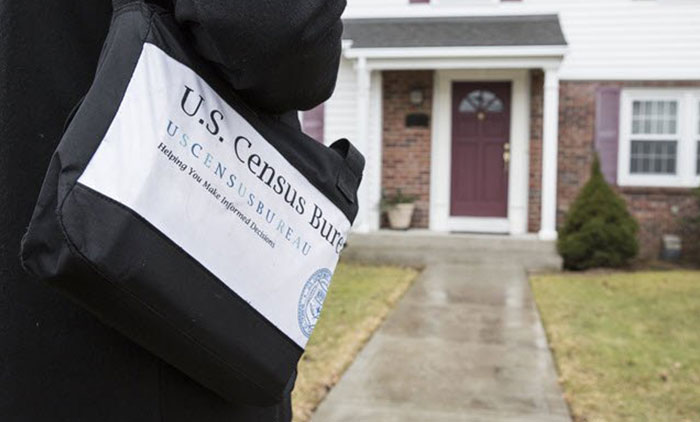 U.S. Reps. Meng and Serrano haveintroduced an amendment during the full committee markup of the FY2019 Commerce, Justice, Sciences, and Related Agencies bill restricting funding for the inclusion of a question about citizenship status in the 2020 census.

By Forum Staff
Two New York pols recently introduced an amendment that would restrict funding for the inclusion of a question about citizenship status in the 2020 census.
The Trump administration has decided to add a question to the 2020 census that would ask respondents if they are U.S. citizens.
Last week, U.S. Reps. Jose Serrano (D-Bronx), Ranking Member of the House Appropriations Commerce, Justice, and Science Subcommittee, which funds the U.S. Census Bureau, and Grace Meng (D-Flushing), a member of the Subcommittee, unveiled the amendment during the full committee markup of the Fiscal Year 2019 CJS bill restricting funding for the inclusion of the query.
“Adding a question that asks respondents if they are citizens is a horrible and reckless decision that will likely decrease response rates, resulting in an inaccurate and incomplete count that will have a decade’s worth of consequences on Queens and communities throughout New York and the nation,” Meng said. “It will have a devastating impact on the billions of dollars in federal aid that is distributed for schools, infrastructure, social services and other critical resources. We have urged Commerce Secretary [Wilbur] Ross to not add this question to the 2020 census, and we’ve warned him about the consequences of doing so. But our requests continue to fall on deaf ears. We will continue to do all we can to stop the administration from including this question on the upcoming census. We don’t need a citizenship question; we need an accurate census count.”
Serrano echoed Meng’s sentiment on the subject of the question in question.
“The purpose of the census is to serve as a nonpartisan instrument to gain an accurate count and understanding of American society every ten years,” Serrano said. “As we have said before, the inclusion of a citizenship question is unnecessary, unsupported, and a clear attack on our immigrant communities. Its inclusion will make people afraid to fill out the form, undermine the count, raise costs, and have a detrimental effect on the distribution of formula funding. As a result, states will receive less funding for education, infrastructure and other important services. This question has no place in the 2020 census and no taxpayer money should be used for a question that will ultimately hinder localities from accessing the resources that they need to serve the American people. The amendment we introduced today is one of many bipartisan efforts to prevent it from being ultimately included in the final form.”
In March, Meng questioned Ross during a Subcommittee hearing regarding the impacts of adding the question to the official population count.
“Many immigrants who are fearful of deportation under the current administration will simply choose to not participate in the census out of fear that the information they provide will be used against them,” Meng said, noting that she was “deeply disappointed” in Ross.
State Sen. Joe Addabbo, Jr. (D-Howard Beach) called the addition of the question “a mistake.”
Earlier this year, Meng vowed to introduce legislation to block the question.