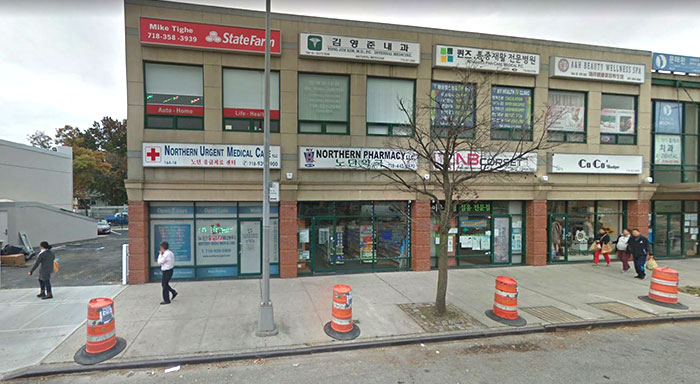 By Michael V. Cusenza
Thirteen New York healthcare professionals—including at least six from Queens—were recently charged in federal courts for their participation in fraud schemes in which Medicare and Medicaid programs were billed more than $163 million.
Wael Bakry, 46, a physical therapist, was charged in a superseding indictment for his alleged role in a wide-ranging fraud scheme in Queens and Brooklyn that billed the Medicare program for more than $116 million. Bakry and four others have been charged with conspiracy to commit healthcare fraud; conspiracy to commit money laundering; conspiracy to pay health care kickbacks; conspiracy to defraud the U.S. by obstructing the lawful functions of the Internal Revenue Service; and subscribing to a false and fraudulent tax return. Bakry was also charged separately for his alleged involvement in a scheme, run through multiple medical practices, in which he paid illegal kickbacks for the referral of patients to his clinics. The patients, in turn, subjected themselves to purported physical and occupational therapy and other services in return for kickbacks, according to federal officials.
Artem Ashirov, a 42-year-old pharmacist and sole proprietor of ABO Pharmacy in Brooklyn, has been charged for his alleged role in a plot in which the Rego Park resident paid and offered to pay kickbacks for prescriptions filled at his pharmacy. Between 2015 and 2018, Ashirov, through ABO Pharmacy, billed more than $14.9 million to Medicare and Medicaid.
The indictment also charges Gary Peresiper, 52, with conspiracy to pay health care kickbacks. Along with co-conspirators, the East Rockaway resident and medical clinic business manager allegedly submitted claims through clinics for purported diagnostic testing and other services for beneficiaries who had been directed to the clinics in return for kickbacks. From November 2010 to June 2013, the clinics billed Medicare approximately $10.2 million in claims, and were paid approximately $4.7 million on those claims.
Briarwood’s Yuriy Barayev, 43, owns Woodhaven Rx Inc. pharmacy in Rego Park. According to federal authorities, Barayev allegedly submitted claims for medications that were purportedly dispensed by his pharmacy, but in fact were never dispensed to beneficiaries. From November 2013 to December 2015, Medicare reimbursed the pharmacy approximately $6.6 million for pharmaceutical claims.
Yong Jun Kim, 48, a medical doctor who operated My Health Wellness Center in Flushing has been charged for his alleged role in a scheme in which claims were submitted to Medicare for physical therapy services that were not medically necessary, not provided, or otherwise did not qualify for reimbursement. Between 2012 and 2015, Kim billed Medicare approximately $5.6 million and was paid approximately $3.5 million on those claims, according to prosecutors.
And Harold Bendelstein, 57, a medical doctor who lives in Far Rockaway has been charged for his alleged role in a scheme in which he billed Medicare and Medicaid for incision procedures to patients’ ears, when, in fact, Bendelstein either did not perform the procedure specified or performed no procedure at all. Between January 2014 and February 2018, Bendelstein billed Medicare and Medicaid approximately $585,000 and was paid approximately $200,000 on those claims.
According to the U.S. Department of Justice, the charges filed in New York were part of a recent nationwide healthcare fraud takedown which resulted in criminal charges against 601 individuals for their alleged participation in schemes involving approximately $2 billion in fraudulent claims.