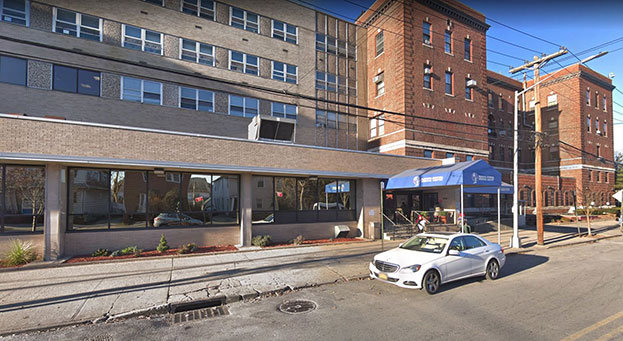 EMS workers responding to the call took both the baby and mother to Flushing Hospital where the baby was pronounced dead.

By Forum Staff
A 30-year-old Flushing mother has pleaded guilty to manslaughter in the death of her 13-month-old daughter and on an assault charge for injuries to the victim’s twin brother, Acting Queens District Attorney John Ryan announced on Thursday.
Tina Torabi was arrested in October 2018 on assault charges pertaining to her 13-month-old twin son, and last week on Thursday she was arrested and charged with second-degree manslaughter for the death of her 13-month-old twin daughter. Torabi pleaded guilty on the same day to second-degree manslaughter and first-degree assault.
Sentencing is set for May 30. The judge has indicated that he will sentence Torabi to four to 12 years on the manslaughter charge, and eight and a half years on the assault charge. The sentences will run concurrently.
According to the charges, on Oct. 3, 2018, around 10 p.m., Torabi called 911 and requested assistance for her 13-month-old daughter, Elaina, who was nonresponsive. EMS workers responding to the call took both the baby and mother to Flushing Hospital where the baby was pronounced dead.
First responders who remained at the residence discovered the twin brother of the victim inside the home with serious injuries. A further search of the house revealed three other sibling—all females aged 5, 4, and 2—unattended in the basement apartment in filthy and deplorable conditions. The 13-month-old male twin and his three older sisters were immediately taken to Cohen Children’s Medical Center where the baby boy was treated for numerous physical injuries, including multiple acute rib fractures, contusions on his lungs, an acute fractured pelvis, a visible healing bite mark, an acute tibia fracture, and an adrenal hemorrhage.
“Babies are defenseless,” Ryan said. “They rely on their parents to be their everything—for food and water, for care and love. The mother in this horrible case failed miserably. The defendant in this case grossly neglected to perform these duties.”
The medical examiner ruled Elaina’s death a homicide as a result of fatal child abuse syndrome.