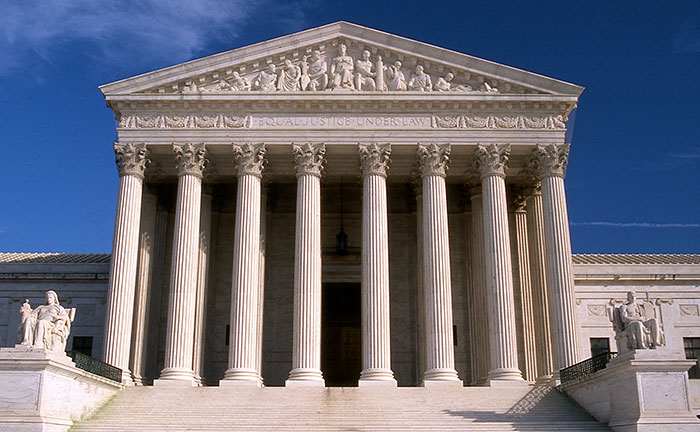 Chief Justice John Roberts wrote that Secretary Ross’s explanation for including the citizenship question in the 2020 Census was “contrived.”

By Michael V. Cusenza
Days after the U.S. Supreme Court ruled that the Trump administration failed to provide a sufficient reason for adding a citizenship question to the 2020 Census, the Department of Commerce Tuesday announced that the Census Bureau has begun to print the decennial survey without the controversial query.
“I respect the Supreme Court but strongly disagree with its ruling regarding my decision to reinstate a citizenship question on the 2020 Census,” Commerce Secretary Wilbur Ross said in a statement to Fox News. “The Census Bureau has started the process of printing the decennial questionnaires without the question. My focus and that of the bureau and the entire department is to conduct a complete and accurate census.”
Census statistics are critically important as they are used to calculate federal resources and determine governmental representation.
Many elected officials representing New York communities have been consistently blistering President Trump and his administration regarding the question that would have asked respondents if they are U.S. citizens. Back in March 2018, U.S. Rep. Grace Meng (D-Flushing), one of the most vocal critics of the question, blasted Trump and Ross, calling their decision “deeply troubling and reckless.”
On Tuesday, Meng called the decision to nix the inquiry “a huge victory,” but also warned supporters that this is no time for rest.
“We must now do all we can to ensure a complete and accurate census count. There must be as much outreach as possible, and it must be done as early as possible, to help ensure that everybody knows the importance of participating in the census,” she said. “I cannot stress enough how critical it is for everyone to fill out the census. It is vital, and the importance of having accurate and reliable census data is something that cannot be overstated. There are no do-overs with the census; a mistake is a 10-year mistake.”
State Attorney General Tish James, whose office led a multi-state lawsuit challenging the addition of the citizenship question to the 2020 Census, characterized Tuesday’s news a win “for New York State, for America, and for every single person in this nation.”
“While the Trump administration may have attempted to politicize the census and punish cities and states across the nation, justice prevailed, and the census will continue to remain a tool for obtaining an accurate count of our population,” James added.
In another census development, Meng on Thursday sent a letter to Attorney General William Barr urging him to investigate Ross for possible crimes related to making false statements with respect to documents required by law to be submitted to Congress.
“Secretary Ross lied to me during a House hearing last year when I asked him if he had spoken with anyone in the White House about adding a citizenship question to the 2020 Census and now the Supreme Court recognizes that he included the question under false pretenses,” Meng wrote. “After Secretary Ross falsely told me that he was not aware of any discussions, court documents later revealed that he had actually spoken with then-Chief Strategist Steve Bannon, contradicting his statement to me.”
Meng indicated that she sent the missive to Barr following the Supreme Court’s decision on the question in which Chief Justice John Roberts wrote that Ross’s explanation for including the qeury was “contrived.”